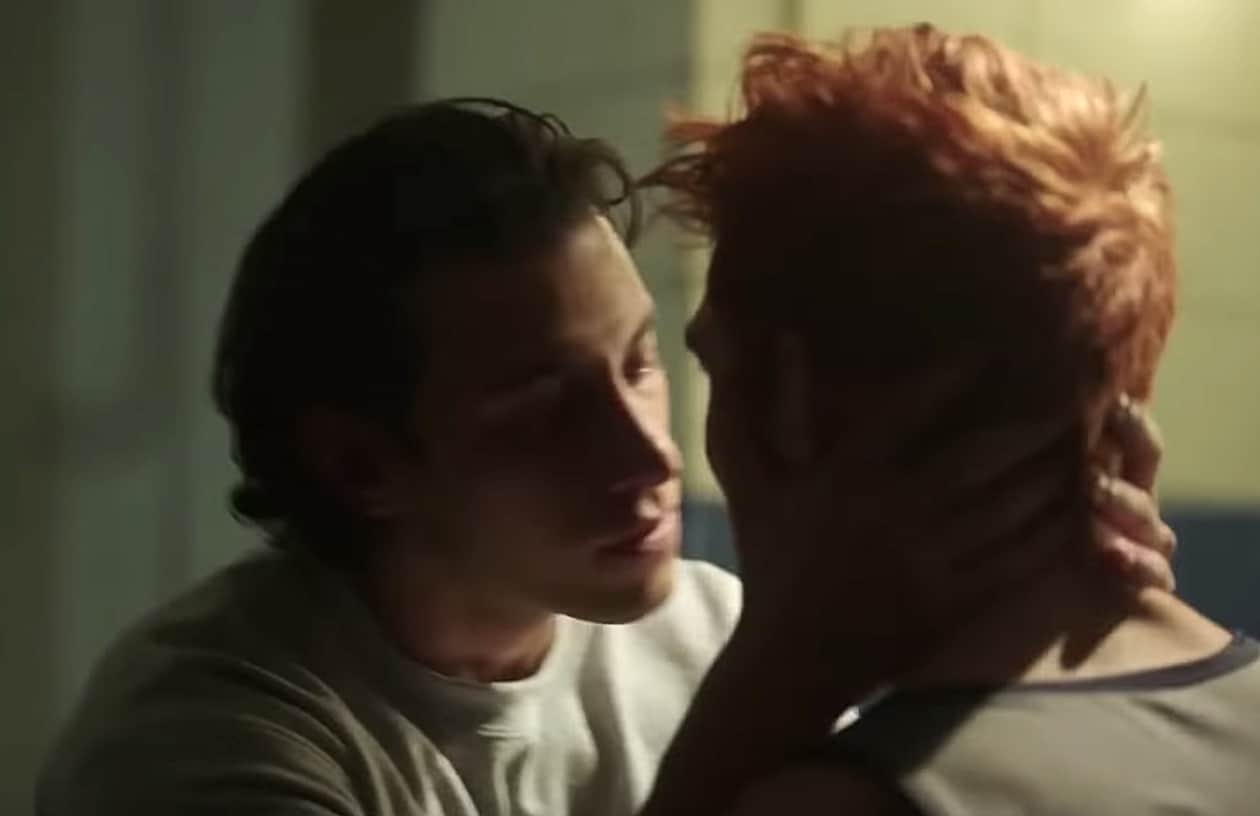 Archie (KJ Apa) receives a passionate kiss from a man in the next episode of Riverdale, according to this week’s preview clip. The man kissing Archie is Joaquin DeSantos (Rob Raco), who briefly dated Kevin Keller, and was brought back by the show in October.

Wrote PopBuzz of Joaquin’s return: “Back in Season 1, he was an integral part of the plot of the series. Not only was he lowkey involved in the murder of Jason Blossom (he helped FP dispose of Jason’s body) but he also dated Kevin Keller (a ship almost as great as Falice). Joaquin then leaves Riverdale to avoid being arrested. Joaquin did return at the end of Season 2 to help Fangs escape an angry mob who thought that Fangs was responsible for Midge’s murder but he got caught up in the midst of the commotion and we never found out what really happened to him. Fast forward to Season 3 and we’ve now learned that Joaquin was arrested that night and put in juvie. Archie sees him there. He spots him in the prison courtyard. The exchange is pretty tense. Archie tries to impress the other Serpents in juvie but Joaquin outs Archie as a fake Serpent. He then tries to get Archie to stab a Ghoulie as a test of loyalty but Archie refuses. Obviously Joaquin is in the wrong but fans can’t resist his bad boy image (who are we to judge?) and are just happy that he is back.”

"ARCHIE ANDREWS LIKED THE KISS FROM JOAQUIN! NOBODY CAN TELL ME OTHERWISE."

Lol the fact that so many people are talking about that gay kiss is exactly why the CW put it in the promo. It's not gonna mean anything, Archie will probably just tell Joaquin he's flattered, but that he's straight and has a gf. They wont date 😂 #Riverdale

@robraco gets to kiss @kj_apa !? ROB WE NEED ALL THE DETAILS!!! THIS IS AMAZING! #riverdale