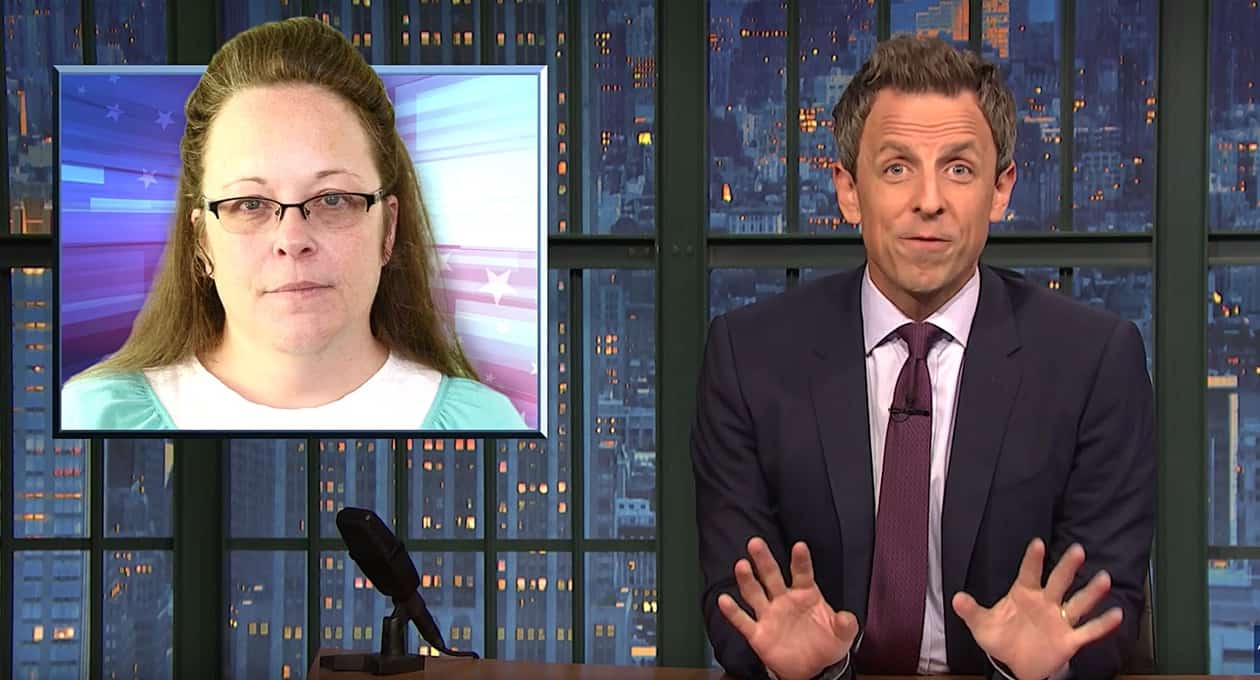 Seth Meyers looked at the “blue ripple” made by Democrats who took back the U.S. House of Representatives on Tuesday

Said Meyers: “If you’ve been in the desert for two years, a little splash of water feels like a damn tsunami.”

CBS noted that last night’s results looked like the House and the Senate are on two different planets.

Quipped Meyers: “That’s right. The Senate is on a different planet. That’s why Ted Cruz looked like he burst out of someone’s chest.”

Meyers then took note of all the historic elections that took place last night, celebrating the victory of gay Colorado Governor-elect Jared Polis.

Said Meyers: “In a huge victory, Kim Davis…lost her reelection bid. And fun fact. Her opponent was a gay wedding cake!”

Meyers explained that House Democrats now have the power to investigate Donald Trump.

“If you don’t believe me,” said Meyers. “Trump was just photographed trying to sneak 20 years of tax returns out of the White House.”