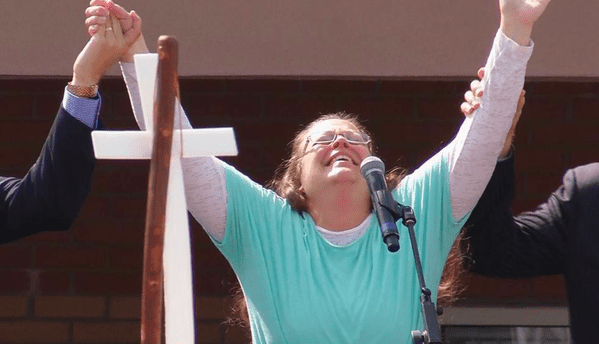 Kim Davis, the clerk of Kentucky’s Rowan County who was jailed in 2015 for refusing to issue marriage licenses to gay couples, lost her county clerk race to Elwood Caudill Jr., who she defeated in 2014 by just 23 votes.

Caudill received 4,210 votes in the final total, approximately 700 more than Davis’s 3,566 according to Herald Leader reporter Will Wright.

Davis, who was jailed after defying a federal judge who ordered her to issue the licenses, recently said she did nothing wrong, the AP reported: “I did not treat anybody unfairly. I treated everybody equally because I quit issuing marriage license altogether. I took an oath to stand up and uphold our Kentucky constitution and federal constitution, that’s exactly what I did….I have had many people ask me, ‘Why didn’t you do your job? Why didn’t you do your job? Why didn’t you just quit?’ Well if you will read our Kentucky state statutes, they still say that marriage is between one man and one woman. That’s what we voted in.”