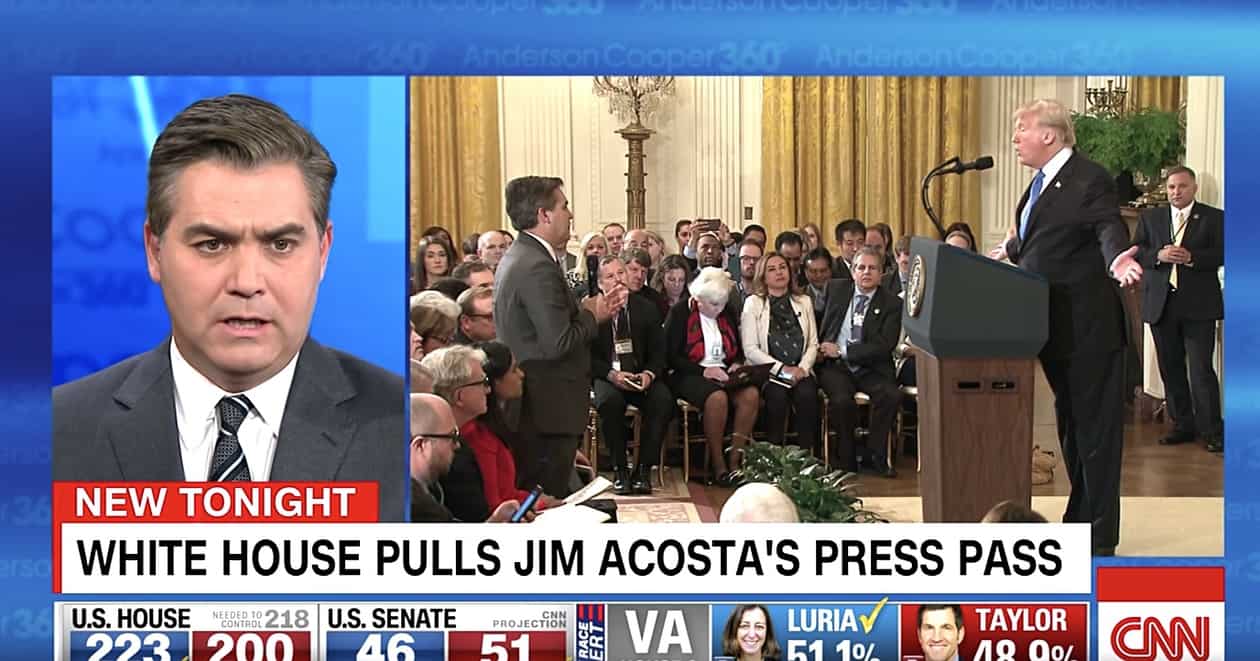 The White House said it intends to once again revoke CNN reporter Jim Acosta’s press pass once a 14-day restraining order expires at the end of the month. On November 16 in response to a lawsuit from the network, a judge ordered the pass restored to Acosta. The pass was revoked after a contentious press conference in which a White House intern attempted to grab a microphone away from the CNN reporter while he was grilling Donald Trump.

CNN’s Brian Stelter reported: ‘After CNN won a temporary restraining order on Friday, forcing the White House to restore his press pass for 14 days, White House officials sent Acosta a letter stating that his pass is set to be suspended again once the restraining order expires. From the looks of the letter, the W.H. is trying to establish a paper trail that will empower the administration to boot Acosta again at the end of the month.’

The Washington Post added: ‘Stelter did not report the text of the letter or say whether it came only to Acosta or was submitted to the judge in the case. It was unclear whether the White House provided reasons that would somehow pass for due process in the eyes of the judge or a chance for Acosta to respond. The parties are expected to file status reports Monday explaining how they would like to proceed.’

CNN released a statement: “The White House is continuing to violate the First and 5th Amendments of the Constitution.These actions threaten all journalists and news organizations. Jim Acosta and CNN will continue to report the news about the White House and the President.”

UPDATE: NBC News reports, “CNN has asked the court for an emergency hearing on Monday afternoon. The White House, in its letter, told Acosta it’d make a final decision on his stats at 3 p.m. ET on Monday.”