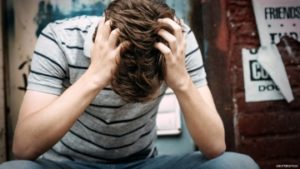 A 19 year-old Indian man who frequently donated blood attempted to kill himself after learning that his own blood had transmitted the virus to a pregnant woman. He subsequently died from the attempt.

The man was not aware that he was HIV-positive when he donated.

The story raises a variety of questions about the protocol involved in how blood banks and hospitals screen donor blood and how stigmatized the disease is especially in developing countries like India.

Tamil Nesan reported that the 19-year-old “boy in Tamil Nadu had been donating blood since 2016.”

He also donated blood earlier this month for a relative who needed a transfusion but it’s still uncertain if the virus was transmitted in that case.

He only found out about his HIV status when he underwent a full blood test as part of his government application to work in a foreign country.

The report says, “A 23-year-old woman in a government hospital who received the blood transfusion with the tainted blood was confirmed to have been infected.”

After the police and medical investigators questioned the teenager about his blood donations, he reportedly tried to commit suicide by drinking rat poison but survived the attempt.

Guilt wracked, he said he was unaware of his condition and would not have donated blood if he had known.

He also questioned how the blood banks and hospitals had missed such a diagnosis in their screenings.

Previous Post: « Foreign Cyber Attack Disrupted Printing of Major Newspapers This Weekend
Next Post: Adam Rippon’s Resolution is For More BDE in 2019 and We’re Here For It »