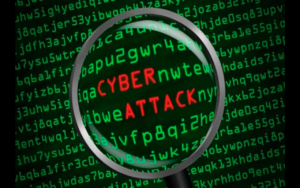 The Los Angeles Times, Chicago Tribune, Wall Street Journal, and New York Times  were among the newspapers affected by a malware virus that shut down or disrupted printing and distribution across the country.

Saturday’s attack appeared to originate outside the United States, the Los Angeles Times reported. It led to distribution delays in the Saturday edition of the Times, the Tribune, the Sun, and other newspapers that share a production platform in Los Angeles.

A spokeswoman for the Department of Homeland Security said it was studying the situation. “We are aware of reports of a potential cyber incident affecting several news outlets, and are working with our government and industry partners to better understand the situation,” said DHS spokeswoman Katie Waldman.

Tribune Publishing, which owns the Chicago Tribune and the Sun, as well as the New York Daily News and Orlando Sentinel, said it first detected the malware on Friday.

The west coast editions of the Wall Street Journal and New York Times were also hit, as they are printed on the shared production platform, the Los Angeles Times said.

A Tribune Publishing spokeswoman, Marisa Kollias, said the virus affected back-office systems used to publish and produce newspapers across our properties. “This issue has affected the timeliness and in some cases the completeness of our printed newspapers. Our websites and mobile applications however, have not been impacted,” Kollias said in a statement.

“There is no evidence that customer credit card information or personally identifiable information has been compromised,” Kollias said.

The last high-profile cyberattack of a media company was in late 2014 at Sony Pictures Entertainment. The hackers, which the FBI later determined were affiliated with the North Korean government, broke into Sony Pictures’ system and copied huge chunks of data, which they later released online.