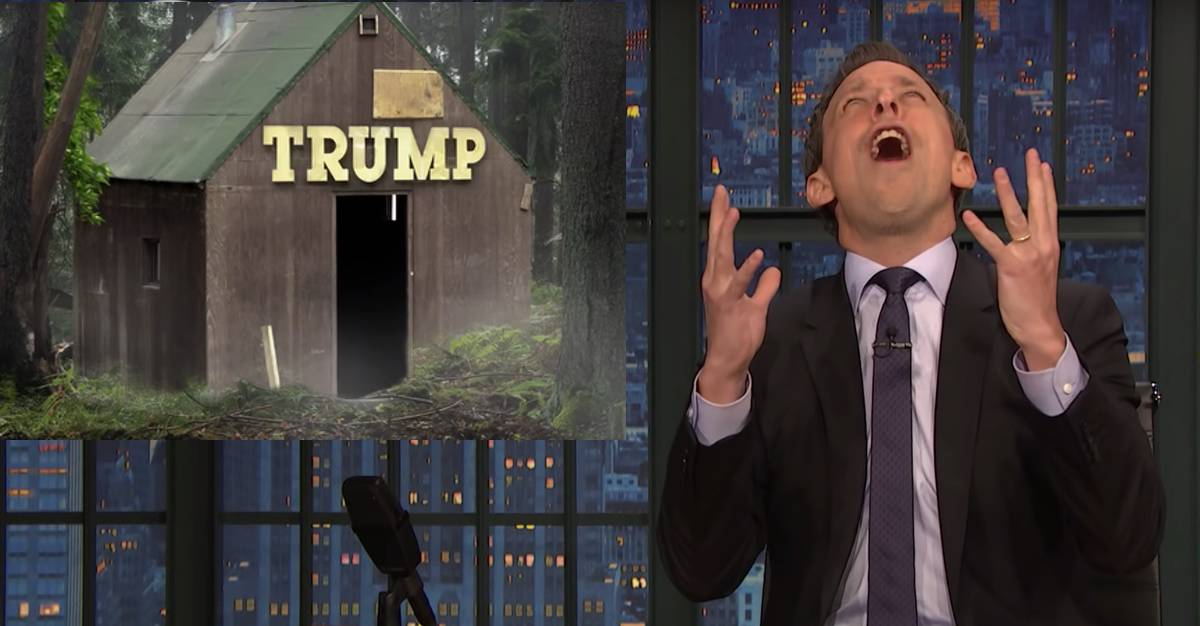 On last night’s Late Night, Seth Meyers looked at Trump’s fondness for the phrase “we’re a nation of laws.”

However, Donald Trump only seems to use it when he’s talking about putting brown people in jail, and the caring that ‘we’re a nation of laws’ goes out the window when it comes to himself.

Said Meyers: “It’s especially infuriating to watch Trump pretend to care about the law when his own Justice Department just accused him of a crime for paying hush money to cover up affairs.”

Meyers then turned to Wednesday’s Michael Cohen sentencing: “Cohen told the court in no uncertain terms that he committed those crimes at the direction of Donald Trump.”

Meyers then played a series of clips noting that Cohen committed his crimes at the direction of the President of the United States.

“Damn, forget running for reelection,” said Meyers. In two years Trump might be running from the feds. The FBI is gonna bust into a cabin in Montana and find Trump with a Unabomber beard surrounded by Burger King wrappers.”

Meyers then showed a photo of Trump in Unabomber garb, and said, in panicked Trump voice, “Wait? Wait? How did you fine me?!”

“You put your name on the cabin!” replied Meyers, showing a photo of a wood cabin emblazoned with “TRUMP”.