BRAZIL. Gay football league is breaking barriers: ” Growing up gay in Vitoria, a city of almost 2 million in south-eastern Brazil, Joao Paulo Silvares never really liked playing football, the country’s national sport and passion…But when Silvares came across Futeboys FC, a gay football team, in Sao Paulo last year, it helped him discover a love for the sport adored by the nation. The club is a founding member of LiGay Nacional de Futebol, a league for gay football teams from across Brazil. The league’s third tournament, in November this year, saw 16 teams vying for the championship, as more young gay men like Silvares seized the chance to play football without fear of discrimination.”

CYPRUS. Priest ousted for being gay breaks silence after 20 years: “In Phileleftheros on Sunday he brought up the suggestion that he was deliberately infected with HIV and that he was never gay. In an interview in 1998 Meraklis said he may have caught Aids from contact with HIV-positive patients he ministered to. “I have a fungus infection on my fingers, which is now almost cured, but two years ago was more serious and caused wounds,” was Meraklis’ explanation for how he may have contracted the virus. “Of course this is not certain and not even science can define when or how I contracted the virus. Perhaps it is a gift from God to sanctify me,” Meraklis told Alithia at the time.”

SOUTH AFRICA. Parliament passes bill making it impermissible for marriage officers working for the State to refuse to marry same-sex couples: ‘The Civil Union Amendment Bill, which seeks to repeal section 6 of the act allowing marriage officers to opt out of marrying same-sex couples on the basis of “conscience, religion and belief”, was passed with the support of most parties. The bill was introduced by Congress of the People MP Deidre Carter, who on Thursday asserted that: “It cannot be in our Constitutional democracy that civil servants can be afforded the right in law about whom they would like to serve.”‘ 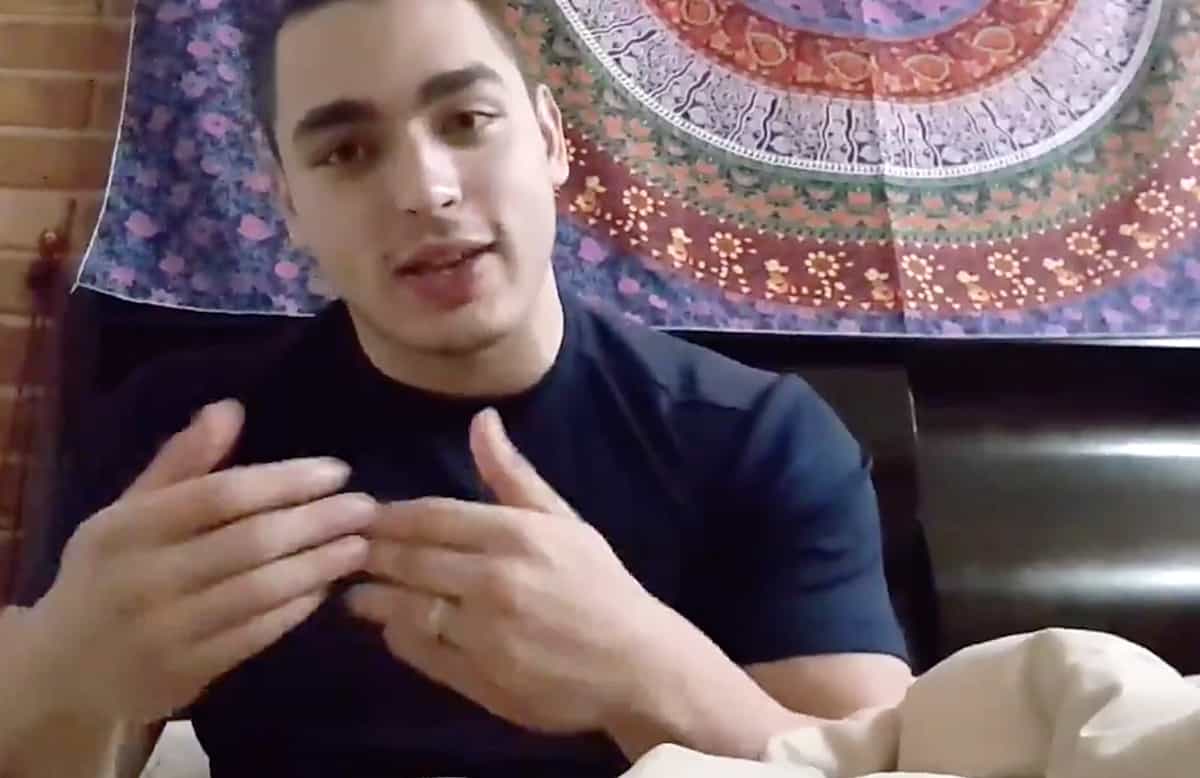 MEXICO. Professional boxer Dario Larralde has homophobic tirade on Twitter: “F**k me f**king gays, I have a f**king phobia … everywhere I go there’s always a gay punk watching me … Everything your community does, everything you do, everything you represent, shits me, I will never accept it. I know that Hitler was a bad person, but in that I support him. The plague gays are a pest.” Posts several apology videos…

RUSSIA. Human Rights Watch releases report that “gay propaganda” ban harms children: ‘The 92-page report, “No Support: Russia’s ‘Gay Propaganda’ Law Imperils LGBT Youth,” documents how Russia’s “gay propaganda” law is having a deeply damaging effect on LGBT children. Human Rights Watch interviewed LGBT youth and mental health professionals in diverse locations across Russia, including urban and rural areas, to examine the everyday experiences of the children in schools, homes, and in public, and their ability to get reliable and accurate information about themselves as well as counseling and other support services.’

CROATIA. Activists plan to challenge the law barring gay couples from fostering children: ‘Croatian gay rights groups on Tuesday slammed a new law that blocks same sex couples from becoming foster parents and vowed to fight it in the country’s top court. The new law was adopted by parliament last Friday after a heated debate in the staunchly Catholic country over whether same-sex couples should be eligible to take in children. “As soon as this discriminatory law enters into force we will file a complaint with the constitutional court,” Daniel Martinovic of Rainbow Families association, an association of same-sex parents, told AFP. It “once again sends a message to (LGBT) ‘life partners’ that they are second-class citizens, and also doesn’t take childrens’ best interests into account,” he said.’

JAMAICA. No longer the most homophobic place on Earth? ‘Policy change has not followed, however. Under the country’s colonial-era “buggery law”, anal sex is criminalised (sharing a legal clause with bestiality), as are acts of intimacy between two men. But attitudes are changing. The first time J-Flag addressed parliament calling for changes to these laws, in 2001, they were not taken seriously or treated with respect. But the second time, in 2017, politicians listened courteously. “That’s a huge step forward,” says Glenroy Murray, former associate director of programmes at the organisation. “People are willing to engage us, have us at the table and listen to our concerns.”’

POLAND. A Polish gay couple have proposed more than 100 times in public to fight homophobia. “We still hear from politicians that Poles are not ready to introduce marriages or partnerships in Poland to couples like us. So we decided to prove it. Before the videos we did not know what to expect. We were very afraid of taking these films, but at the same time we were tempted by the challenge. After 6 days of shooting, 5 different places and attaching 104 people, we finished the project. Let everyone draw their own conclusions!”