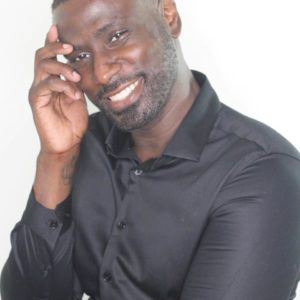 “But,” Chill Editor-in-Chief Gerald Garth told Towleroad, “We’re unapologetic about a lot of things. When we look at race, sexuality, interests—we look at the many layers of what it is to be a millennial man of color.”

Chill debuted a year ago and won two prestigious Folio Awards (they’re like the Oscars for magazines): For both Best Editorial Team (That includes The Advocate Magazine and Plus magazine) and  for best new magazine launch. “At Chill, we set out to do a number of things. I always say, we are here to invite people into spaces they might not normally go,  from fashion to music to entertainment.”

“But even beyond that,” Garth continues, “In subjects like health, sex and relationships, we make it a point to highlight innovative and interesting things in Chill. We want to showcase diversity across the board.  We are also growing the brand with new partnerships, stronger digital, more distribution and some exciting new events.” 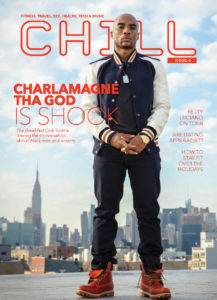 Garth explains some terminology that some cis gender white gay or straight men may not completely understand and that’s the adoption of the term same gender loving (SGL) which some Black men prefer as opposed to gay. “For a long time, many Black men did not feel included in the rainbow; the gay experience did not include Black men. Black people have had to deal with racism—direct and implicit, and much of the efforts for inclusion did not speak of Blackness. Also too, so much of media and messaging showed one type of gay, and that was generally white. Even more, gay meant white, male, fit, attractive, able-bodied, and wealthy. The phrase “same gender loving” serves a few purposes. The phrase creates a dynamic for the Black man that shows his humanity.  The phrase looks at him beyond sexual exploits and experiments. The phrase builds in the Black men in relationship, not just experience.”

One of the other things that’s clear is the magazine’s emphasis on health generally and HIV prevention and treatment in particular. “Health continues to be a major part of the lives of millennial men of color, particularly Black and Latino men. Many of us know how these lives are impacted by inequities like HIV and sexual health, mental health, and drug use. But we must be responsible and look at why we see what we see. At Chill, we make it a point to unpack issues and experiences that impact health, health choices and health outcomes.”

Garth pauses, “With that too, we have to be innovative and mindful of how we deliver health messages. We’ve seen the scare tactics, the shame tactics, we’ve seen what ignoring and not representing us can do.  At Chill, we are unapologetically showing our readers that you are here. And you’re not going anywhere.”