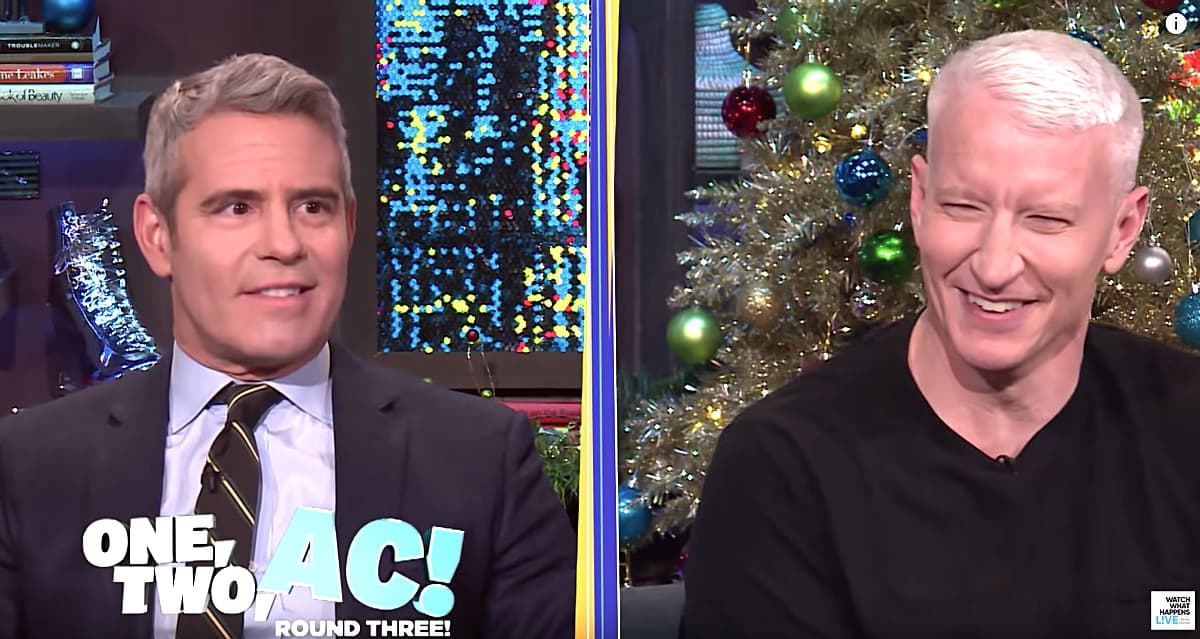 During a game of “One, Two, AC!” on Sunday night’s Watch What Happens Live!, Andy Cohen revealed that he and Anderson Cooper are “Eskimo brothers”.

Asked Real Housewives of Atlanta star Cynthia Bailey: “What’s the one thing people don’t know about the two of you?”

When Bailey asked what that meant, Cohen responded,”You gotta look it up on Urban Dictionary, I can’t say it on the show”

“I don’t even know if that’s true,” giggled Anderson.

Replied Cohen: “It’s true, we just found this out a few weeks ago.”

According to the Urban Dictionary, the racially-charged term “Eskimo brothers” refers to two men who have shared the same partner and bonded over having done so.