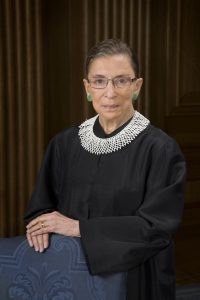 Justice Ruth Bader Ginsburg underwent surgery today at Memorial Sloan Kettering hospital in New York for early stage lung cancer, according to NPR. Doctors performed a lobectomy, removing one of the five lobes of the lung.

According to a press release from the Supreme Court:

“According to the thoracic surgeon Valerie Rusch, both nodules removed during surgery were found to be malignant on initial pathology evaluation. Post-surgery, there was no evidence of any remaining disease. Scans performed before surgery indicated no evidence of disease elsewhere in the body. Currently, no further treatment is planned. Justice Ginsburg is resting comfortably and is expected to remain in the hospital for a few days.”