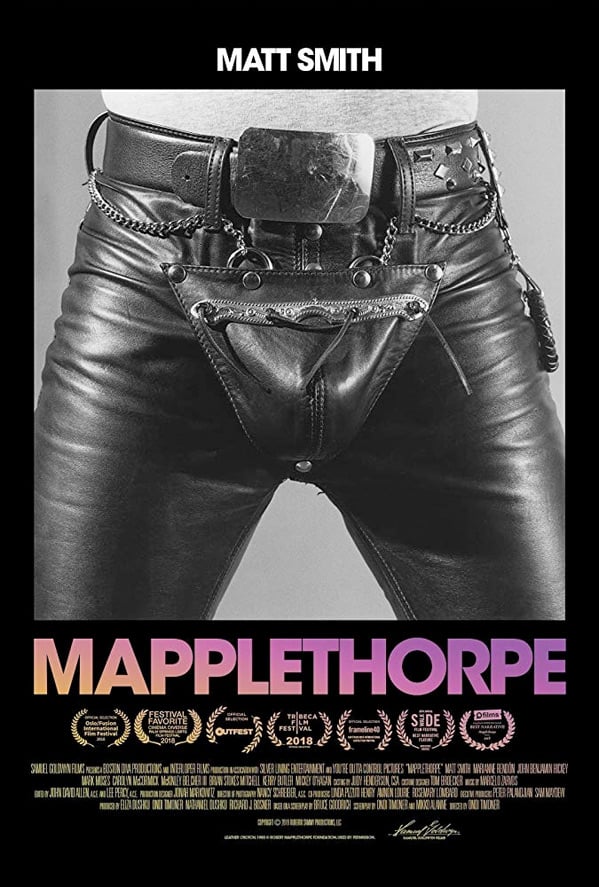 The first full trailer for Mapplethorpe, the biopic about the famed gay photographer who died of complications from AIDS in 1989, has arrived. It’s set to open in select theaters on March 1.

From Samuel Goldwyn: “Mapplethorpe revisits the titular photographer’s legacy, beginning at the moment just before he takes up residence in the Chelsea Hotel. There, Mapplethorpe begins to amass a portfolio of images—and, at the same time, to explore his formerly supressed attraction to men. But Mapplethorpe’s relentless ambition—as he says in one early scene, “I can’t just be Mapplethorpe the photographer,” fancying himself a “modern Michelangelo”—threatens to tear apart the relationships he cherishes the most. From the early ’70s until his untimely death at age 42, the film explores the intersection of his art and his sexuality, his struggle for mainstream recognition, and, looming above it all, the specter of the emerging AIDS crisis.”