TIME PERSON OF THE YEAR. The Guardians and The War on Truth. ‘The story of this assault on truth is, somewhat paradoxically, one of the hardest to tell. “We all learned in our schools that journalists shouldn’t be the story ourselves, but this is, again, not our choice,” says Can Dündar, who, after being charged with revealing state secrets and nearly assassinated as a newspaper editor in Turkey, fled to Germany, where he set up a news site. “This is the world of the strong leaders who hate the free press and truth.”

NICK AYERS. A signal to Trump that the rats are abandoning ship? ‘Journalists weren’t the only ones surprised by the Ayers development. It took many people in the White House unawares, including the President, it seems. The Times’ Maggie Haberman reported that “two people close to Mr. Trump said a news release announcing Mr. Ayers’s appointment had been drafted, and that the president had wanted to announce it as soon as possible.” Instead of showcasing as his new majordomo a blond, thirty-six-year-old Republican operative who has spent the past two years helping keep Pence out of any serious scrapes—quite a feat in the Trump White House—Trump was forced to engage in some Sunday-evening damage control. 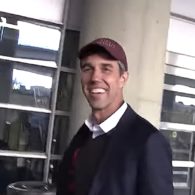 BETO 2020? Speaking to prominent African-Americans: “In the last two weeks, the soon-to-be-former Texas congressmen met with former President Barack Obama at his Washington office, a source familiar with the meeting confirmed to NBC News, and spoke by phone with the Rev. Al Sharpton and fellow 2018 progressive darling Andrew Gillum. The O’Rourke-Obama meeting was first reported by The Washington Post.”

IMPEACHMENT. Donald Trump now sees it as a real possibility.

MOREHOUSE COLLEGE. Student accuses gay professor of sexual harassment: ‘Peterson continued to sexually harass the student and other Morehouse students throughout the trip, the lawsuit said. This included sending explicit text messages and making frequent comments about sex. One of the text messages Peterson allegedly sent to students had a picture of a man’s penis, which Peterson referred to as a “shrimp salad/dinner.” He also repeatedly asked them “if they wanted a shrimp dinner,” the lawsuit said…Peterson “vehemently denied” the allegations and insisted that “the students were saying these things about him because they didn’t like the fact that he is gay,” according to the results of the investigation included in a court filing.’

MEL REID. Pro golfer comes out as gay: “I fell in love with a girl and I was excited about it, so I told my sister who was completely cool about it, and then my brother. My parents are older than most, but they couldn’t have been better about everything. They just assured me that as long as I love a good person, it doesn’t matter what race, gender or background they come from.” 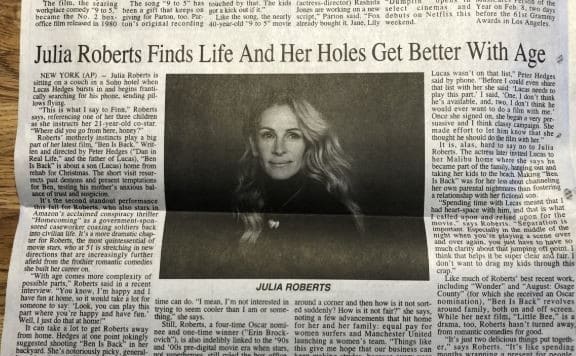 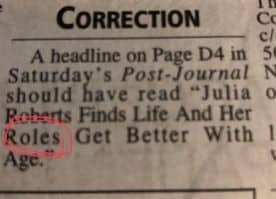 LEONARDO. U.S. showrunner Frank Spotnitz and British writer Steve Thompson speak to Variety about their new series about “gay outsider” Leonardo da Vinci: “It’s certainly a feature, but it’s not the main pillar on which we are hanging it. Some of his relationships were with men; those were significant relationships. But perhaps the most significant relationship in his life was with a friend who was a woman, with whom he was very close, and we unpack that. So we are not steering clear of it….It’s just part of the mix.”

SURVIVAL VIDEO OF THE DAY. Timber the cat, found one month after California’s Camp Fire.

BEETHOVEN OF THE DAY. Johnathan Brendle plays the Moonlight Sonata.

Previous Post: « Transgender Boy Band Would Like the World to See That They are ‘Born Stars’ – WATCH
Next Post: This Dance Routine to Soft Cell’s ‘Tainted Love’ is the Only One You’ll Ever Need: WATCH »