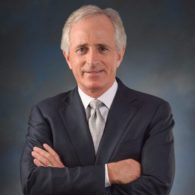 BOB CORKER. Won’t say if he thinks Trump should be primaried in 2020: “We’ve got to remember what the Republican Party is.” He added, “What is happening right now is not the standard Republicanism that we’ve had in our country for many, many years.”

2016 ELECTION MEDDLING. Russians targeted Black people with force, had vast Instagram campaign: “The Russian influence campaign on social media in the 2016 election made an extraordinary effort to target African-Americans, used an array of tactics to try to suppress turnout among Democratic voters and unleashed a blizzard of posts on Instagram that rivaled or exceeded its Facebook operations, according to a report produced for the Senate Intelligence Committee.”

THE WINE THIEF. Jacob Bernstein profiles the late Nicholas DeMeyer, who stole $1.2 million worth of wine from his former boss before throwing himself off the 33rd floor of the Carlyle Hotel in NYC. “Before he died, everyone I know was like, ‘Go girl, get the money,’” Mr. Fitzpatrick said. “There was a part of me that was cheering him on and rooting for him. This guy from Goldman Sachs was so rich, he never even noticed any of the wine was missing. Had Nick not stolen seven really rare bottles, he could still be doing this and the guy would have no idea.” 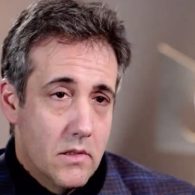 MICHAEL COHEN. The House is going to want to hear from him: ‘Maryland Democratic Rep. Elijah Cummings said Sunday that once his party retakes control of the House, he hopes President Donald Trump’s estranged former attorney Michael Cohen will testify before Congress.

FROM THE WOMAN WHO SHOULD BE PRESIDENT. Hillary Clinton writes letter to 8-year-old who lost her bid for class president.

CHARLES LESLIE. Inside the collector’s amazing phallus palace: ‘The enigmatic actor, art collector, gay activist, globetrotter, and doyenne of the SoHo scene has, along with his late partner J. Frederic “Fritz” Lohman (1922–2009), amassed the world’s premier collection of queer art. Together, the pair founded the Leslie-Lohman Museum of Gay and Lesbian Art—the first institution of its kind—which is down the block, on Wooster Street.’

MATTHEW WHITAKER. Judge to examine whether Trump’s appointment of Whitaker as acting attorney general violated the U.S. Constitution: “A decision by U.S. District Judge Randolph Moss could have ramifications for immigrants seeking asylum and for Whitaker’s tenure at the Justice Department as he waits for the U.S. Senate to confirm President Donald Trump’s permanent nominee for attorney general, William Barr.”

BEEFY BOYS. Luke Evans and Victor Turpin showing some PDA on the beach in Tulum.

OBAMACARE. Obama speaks out in Facebook post about ruling striking down Affordable Care Act: “…you might have heard about a federal court decision on a Republican lawsuit trying to strike down the Affordable Care Act in its entirety. That can be a scary thing to hear, particularly if you or someone you care about has a pre-existing condition. And that’s why it’s so important for you to know that last night’s ruling changes nothing for now. As this decision makes its way through the courts, which will take months, if not years, the law remains in place and will likely stay that way. Open enrollment is proceeding as planned today. And a good way to show that you’re tired of people trying to take away your health care is to go get covered!”

ECONOMY. Americans have turned very pessimistic: “The number of Americans expecting the U.S. economy to get worse in the next year is at its highest point since 2013, a national NBC/Wall Street Journal poll shows…Overall, 28 percent of Americans said the economy will get better in the next year, while 33 percent predict it will get worse, according to the survey, which was released Sunday. Those numbers were essentially reversed from January, when 35 percent said the economy would get better and 20 percent said it would get worse.” 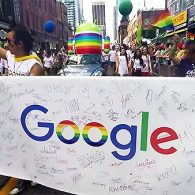 GOOGLE. Company to invest $1 billion in NYC West Village campus: ‘As part of the New York City expansion, Google and Alphabet Chief Financial Officer Ruth Porat said in a blog post out this morning that the company “will have the capacity to more than double its staff” in the city over the next 10 years. The company plans to start moving into two properties on Hudson Street by 2020, and into a newly created building on Washington Street by 2022. “Google Hudson Square will be the primary location for our New York-based Global Business Organization,” Porat said.’

STONEY WESTMORELAND. Andi Mack actor fired after arrest on suspicion of soliciting a 13-year-old for sex: “Stoney Westmoreland, an actor working on the series ‘Andi Mack,’ was arrested in Salt Lake City today. Given the nature of the charges and our responsibility for the welfare of employed minors, we have released him from his recurring role and he will not be returning to work on the series which wraps production on its third season next week,” a Disney spokesperson said in a statement provided to TheWrap.

COLIN KROLL. HQ Trivia co-founder dies of drug overdose: “Law enforcement sources tell TMZ, Kroll’s girlfriend called police early Sunday and asked them to check up on him after she was unable to get in touch. Cops went to downtown Manhattan to do a welfare check, entered his apartment and found Kroll’s body in his bedroom with drug paraphernalia nearby. A police source tells TMZ at this point cops believe the drugs involved were cocaine and heroin.”

RING RAIN. Saturn’s rings are disappearing at a rapid pace.