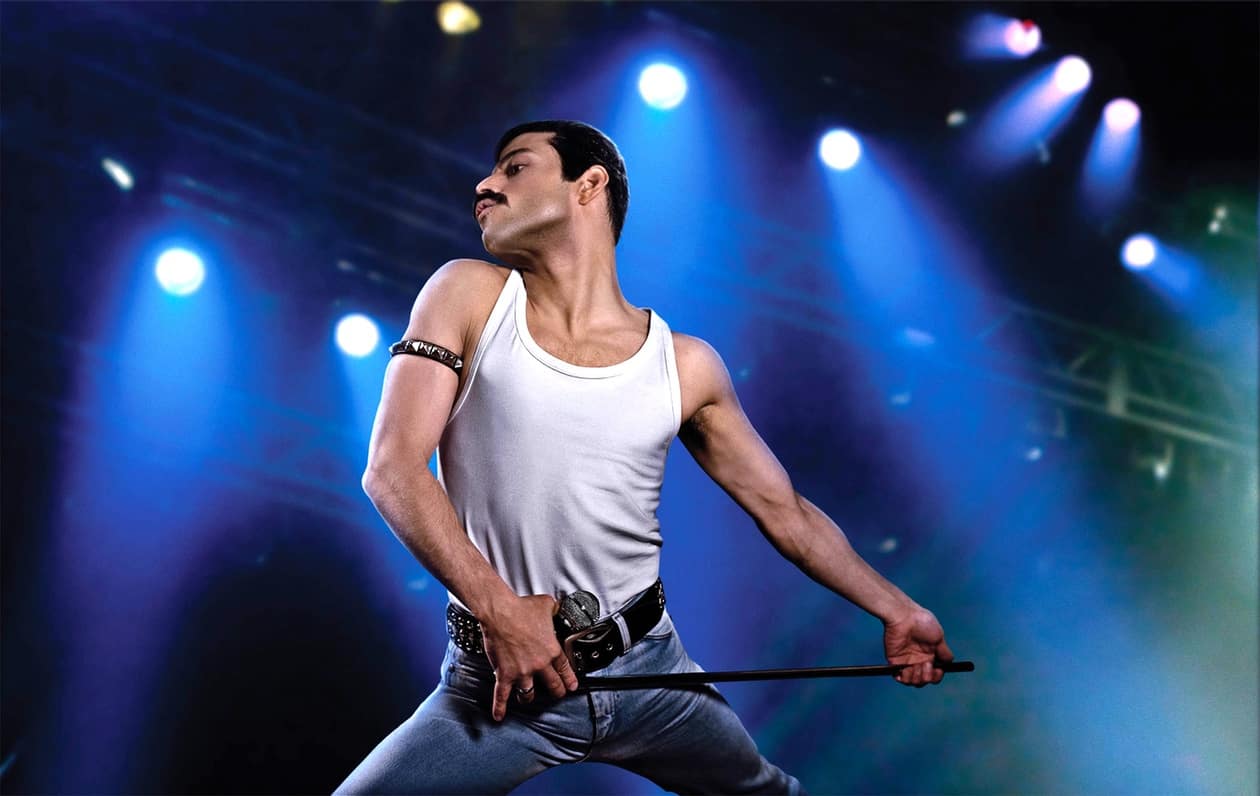 Bohemian Rhapsody, the Queen/Freddie Mercury biopic, continues to smash records and is now the highest-grossing music biopic of all time.

Deadline reports: ‘Continuing its pleasure cruise, 20th Century Fox/New Regency/GK Films’ Bohemian Rhapsody has shot past $600 million at the global box office, becoming the highest-grossing music biopic of all time domestically, internationally and worldwide. The split through Wednesday is $175.7M in North America and $433M at the international box office for a global cume of $608.7M.’

It recently became the biggest-grossing movie with LGBTQ themes of all time,  ahead of The Birdcage ($185 million internationally/ $124 million domestic) and Interview with the Vampire, The Imitation Game, and Brokeback Mountain.

The film also pushed the title track “Bohemian Rhapsody” to a new record. It became the most streamed song from the 20th Century, leaping ahead of Nirvana’s “Smells Like Teen Spirit”.

The film has been nominated for two Golden Globe awards and two SAG awards.