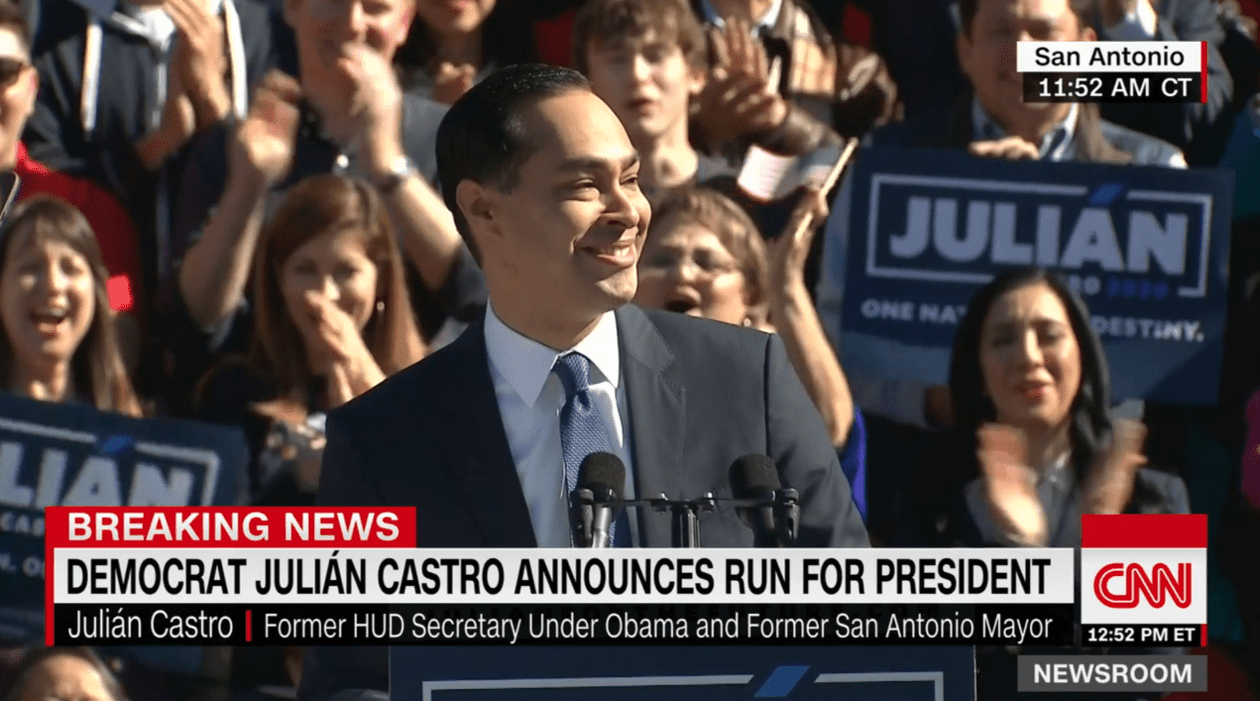 With this bid Castro launches a campaign that seeks to turn his unique Mexican-American immigrant story, which is the diametric opposite of President Donald Trump’s narrative, into a winning ticket.

Watch his announcement below.

Previous Post: « Tops and Bottoms: ‘All Stars’ Roasting On An Open Fire [RECAP and RANKINGS]
Next Post: Pink Floyd Legend Roger Waters Is Considering A Performance Of The Wall Along The US-Mexico Border »