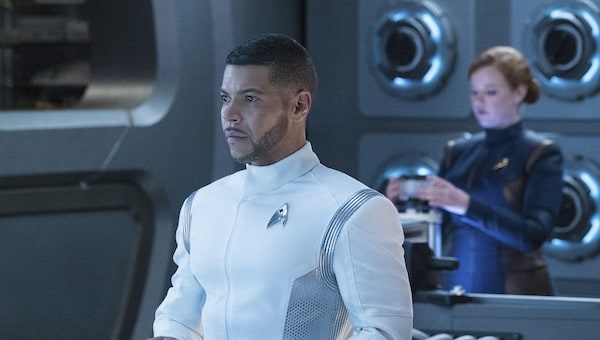 One of TV’s most hilarious comedies, Schitt’s Creek, is back for a fifth season Wednesday at 10 p.m. Eastern on Pop. Brilliant, out writer-star Dan Levy is reason enough to tune in, but we cannot overstate just how genius comedy icon Catherine O’Hara is as well. In fact, the whole cast is incredible.

Fleeing Earth for space sure sounds good these days. Until Elon Musk teleports us all to Mars or whatever, we’ll have to entertain our interstellar fantasies with Star Trek: Discovery, returning for a second season Thursday on CBS All Access. Season two will feature the mysterious return of Wilson Cruz’s character Dr. Culber. Find out what that means for his relationship with astromycologist Paul Stamets (Anthony Rapp).

British drama Butterfly comes to this side of the pond Friday on Hulu. The series, starring Pushing Daisies‘ star Anna Friel, focuses on a family trying to understand their young child’s gender transition.

Jane Fonda and Lily Tomlin are back again Friday as the titular Grace and Frankie on Netflix’s charming comedy. The gay icons continue their post-divorce lives after their husbands left them for each other back in season one. Netflix has already renewed the series for a sixth season ahead of this week’s season five premiere.

Previous Post: « Melissa Etheridge Announced to Perform at WorldPride Closing Ceremony in Times Square
Next Post: Why Is Google Dragging Its Feet In Eliminating Its ‘Boy Erased’ App? »