Family and Archive call series ‘inaccurate’; Offer no examples.
The Halston family and archives issued press release saying they were “not consulted on the upcoming Netflix series involving an inaccurate, fictionalized account of famed fashion designer, “Halston.
Ewan McGregor, Director Daniel Minahan Team On Netflix Miniseries “Halston,” Address Criticism
“We were so meticulous,” McGregor said. “Dan Minahan has been researching this, wanting to make this for more than 20 years” — SHOOT
CNN Review “‘Citizen Kane,’ only with more sex, better clothes and disco. Yet what really defines this style-over-substance miniseries, other than Ewan McGregor’s no-holds-barred performance, are its insights regarding the tension between art and commerce.”
Maureen Dowd Interviews Ewan McGregor About Playing Halston — NYTimes
Work in Film: Ewan McGregor, an Eternal Sexpot, Turned 50 This Week. — Towleroad

Halston: The glittering rise – and spectacular fall – of a fashion icon

But before them all, there was Roy Halston Frowick – better known by the singular appellation Halston.

The subject of an eponymous Netflix miniseries starring Ewan McGregor, Halston became one of the earliest American designers to extend his brand to multiple price points. In doing so, he made designs that were normally out of reach for everyday Americans available to the masses.

But as fashion historians, we’ll often tell Halston’s story as a cautionary one. Though he made style seem effortless, his relationship with the fashion industry was anything but uncomplicated.

Attuned to the mood

A born-and-bred Midwesterner, Halston found early success in hat design working as a custom milliner for Bergdorf Goodman. Halston soon became known as a trendsetter, and, in a notable triumph for the young designer, first lady Jacqueline Kennedy wore one of Halston’s signature pillbox hats at her husband’s inauguration.

Later in the 1960s, Halston made the foray into dress design. His success was equal parts talent and serendipity, and he once described his approach as “editing the mood of what’s happening.”

Although overt simplicity may seem incongruous with grandeur, Halston garments were both understated and luxurious.

Halston’s body-skimming silk chiffon caftans, jersey wraparound dresses and long cashmere sweaters were often constructed using just one piece of fabric. They covered the body fully, but through careful manipulation of the fabric – wrapping, draping and twisting – Halston’s pieces were sensuous and flattering.

Halston was even able to turn Ultrasuede – a soft, synthetic, machine-washable faux suede – into a status symbol, molding it into elegant shirtdresses and coats. These became popular despite – or maybe because of – their utter plainness. His garments were fitting for the 1970s, when a shaky economy made flagrant displays of wealth unseemly.

Yet the designer’s social life was the opposite of understated. In fact, the image of fashion design as a glamorous and exciting profession owes much to Halston. During his heyday, he was at “the top of the fashion show-biz heap,” as Women’s Wear Daily publisher John Fairchild once wrote.

At the legendary Studio 54, he mingled with Bianca Jagger and Andy Warhol. The world-famous disco club became both a showroom for Halston’s designs and a stage for the man himself, and Halston was often accompanied by an entourage of beautiful women known as “the Halstonettes.”

As his stature grew, Halston always looked for ways to expand his fashion empire.

Early in his career, he experimented with what’s known as “brand diffusion” – which is companies’ use of the same brand name on items at varying price points.

Meanwhile, the Halston Originals boutique sold dresses to department stores across the country, with prices ranging from US$150 to over $1,000. And with Halston International, the designer created “component” knit pieces – not outfits, but singular garments, turtlenecks, sweater sets, shirts and coats – that consumers could mix and match to their delight.

After the business conglomerate Norton Simon Inc. acquired the Halston businesses in 1973, Halston remained lead designer of his many collections. He worked at a frenetic pace, creating all of the uniforms for the winter and summer 1976 U.S. Olympic athletes and making costumes for Martha Graham’s ballet production “Lucifer.” Products bearing his name included perfumes, luggage, home linens, coats, rainwear and even wigs. By 1983, Halston Enterprises was generating an estimated $150 million in annual sales.

Perhaps emboldened by his success or motivated by his heartland roots, Halston signed with JCPenney in 1983 for the creation of an exclusive line that was, as he put it, “for the American people.”

While high-end fashion designer Pierre Cardin pioneered this form of licensing in Europe, the project of pairing a high-fashion designer with a mass merchandiser best known for selling Levi’s, hardware and household goods was unusual in the United States. While Halston contended it was immensely successful, claiming it generated $1 billion in sales, JCPenney’s executives were less enthusiastic. By the mid-1980s, industry insiders were suggesting that the garments were not selling as well as expected.

The JCPenney’s deal ultimately proved to be damaging for Halston. Wary high-end retailers, including his early employer, Bergdorf Goodman, were fearful that the prestige of the Halston name was sullied by its presence on the racks of a mass-market merchandiser. Bergdorf Goodman eventually dropped his line altogether.

Meanwhile, Halston’s growing reputation of excessive spending and erratic behavior increasingly left his brand to the decisions of businessmen and creative control to other parties. Halston was relegated to the sidelines, and his corporate deals effectively cost him the right to his own name.

In 1988, Halston was diagnosed with AIDS. He lived out of the public eye until his death in 1990.

Despite its eventual failure, Halston’s pairing with JCPenney was truly ahead of its time.

Citing the importance of creating practical, easy-care leisurewear for working women and young mothers, Halston tried to offer a fashionable wardrobe at reasonable prices that nearly everyone could afford.

Contemporaries such as Anne Klein, Calvin Klein, Ralph Lauren and Kenzo Takada would immediately try out similar diffusion lines. All pulled it off without suffering the extraordinary professional cost that Halston endured.

These designers’ corporate and creative decisions were arguably more tightly controlled than Halston’s devil-may-care diffusion. Acquisitions of these companies by larger conglomerates occurred much later than Halston’s, often decades into the brand’s existence. Perhaps this gave additional time for these brands to arrive at a more singular vision.

Maintaining a consistent direction over such a diverse array of lines proved unfeasible for Halston, and something was lost along the way: the cachet and the allure that made a Halston a Halston.

Halston’s successes and ultimate downfall have provided a cautious inspiration. Isaac Mizrahi’s 2003 collaboration with Target – 20 years after Halston’s pairing with JCPenney – became a boon for both parties.

It was not, however, without trepidation. In 2019, Mizrahi reminisced that the partnership “was a very scary thing. Halston was my idol … and he had failed.”

[Get the best of The Conversation, every weekend. Sign up for our weekly newsletter.]

Relationships between designers and retailers are now commonplace in a climate where the most fashionable and visible of women freely mix and match mass market and luxury items, and designers deftly jump between discount retail and the runway.

Halston’s brand lives on, but resuscitating it has been a long process. Fashion heavyweights Kevan Hall and Marios Schwab, as well as style figures Rachel Zoe and Sarah Jessica Parker, have lent their creativity and business acumen to the brand, with limited success.

With the release of Netflix’s “Halston,” a new revival is at hand: not of the line, but of the personality that for a comparatively brief – but glittering – moment, ruled the fashion world with devastating simplicity.

All 5 Episodes Drop today, May 14, 2021. The limited series HALSTON follows the legendary fashion designer (Ewan McGregor), as he leverages his single, invented name into a worldwide fashion empire that’s synonymous with luxury, sex, status and fame, literally defining the era he lives in, 1970’s and ‘80’s New York — until a hostile takeover forces him to battle for control of his most precious asset… the name Halston itself. The series is Executive Produced by Ryan Murphy, Ian Brennan, Alexis Martin Woodall, Daniel Minahan, Ewan McGregor, Christine Vachon and Pamela Koffler of Killer Films, Eric Kovtun and Sharr White. Minahan also serves as the series director. 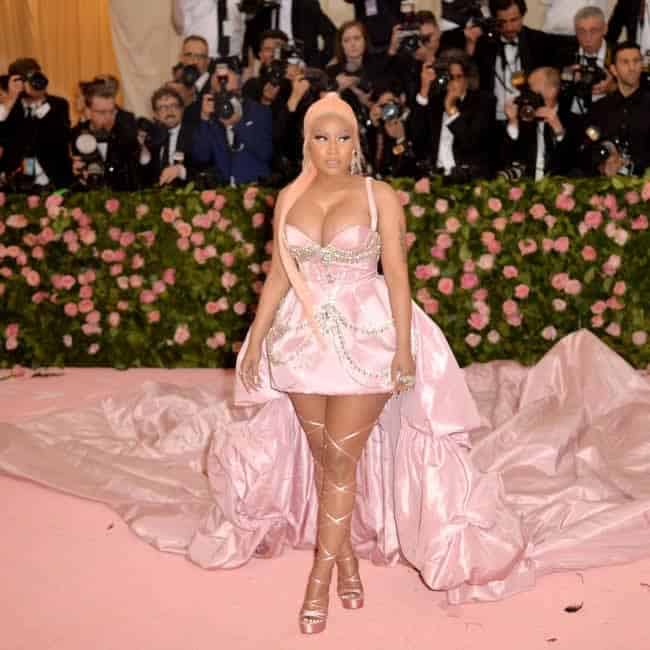 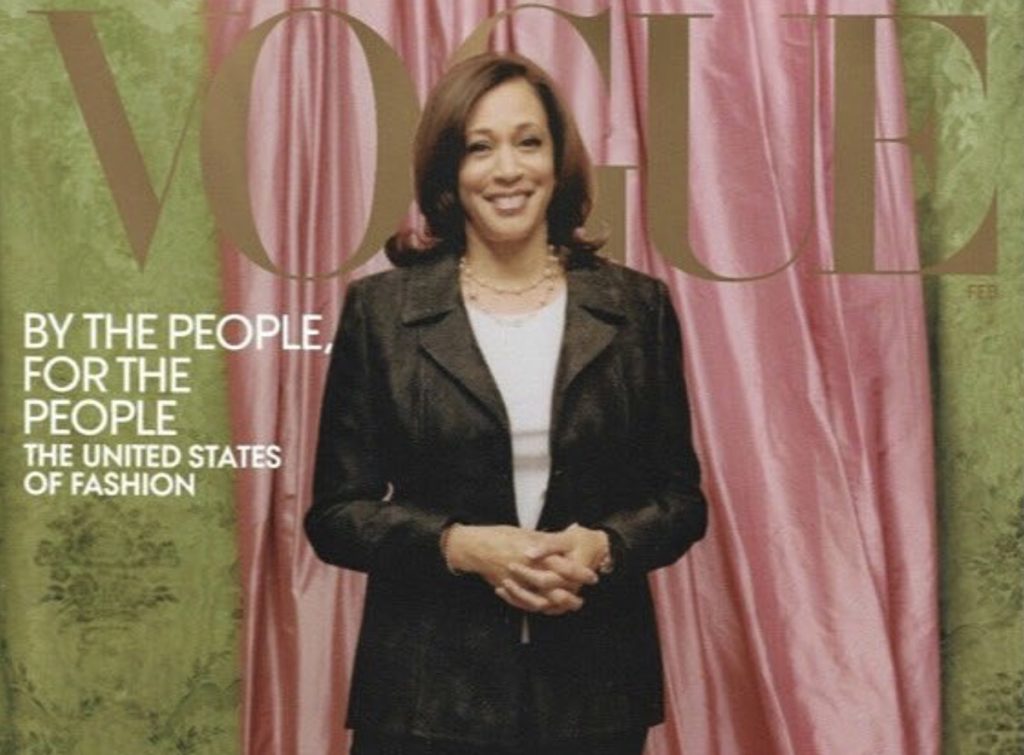 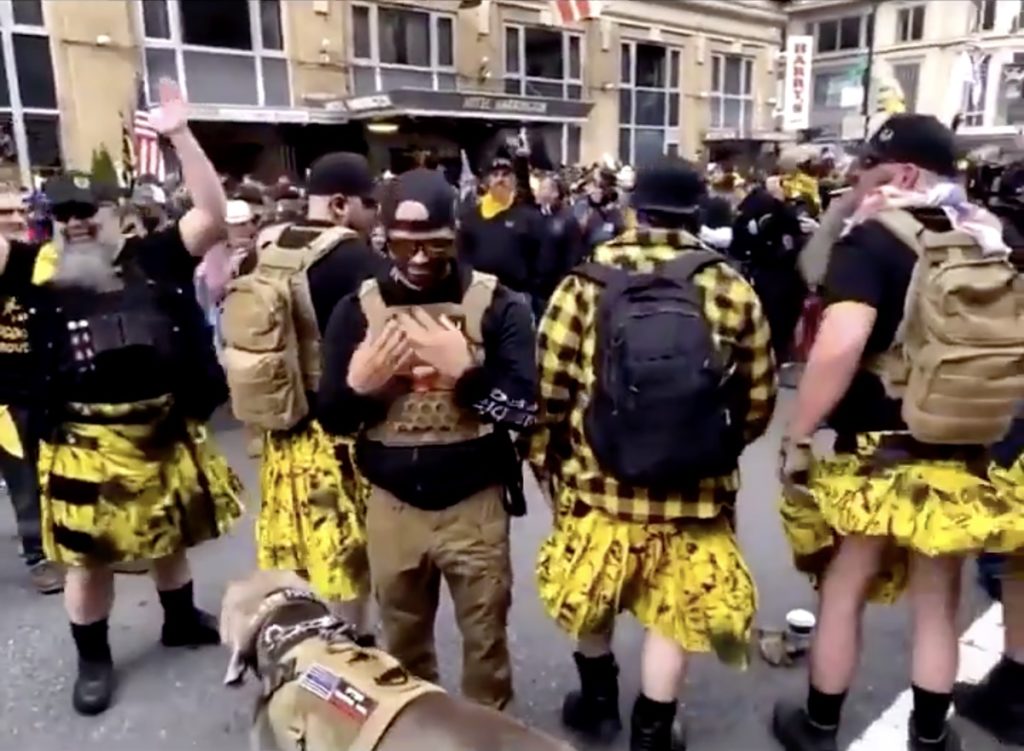 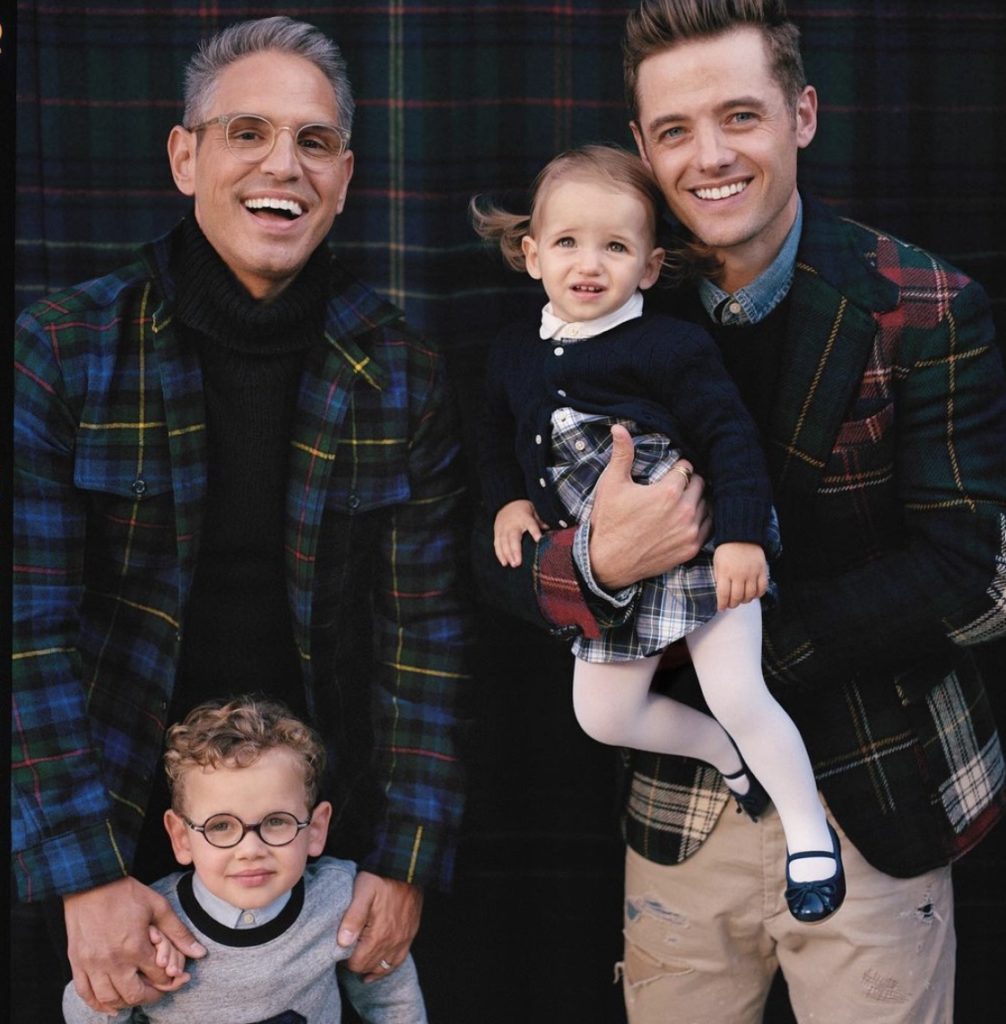 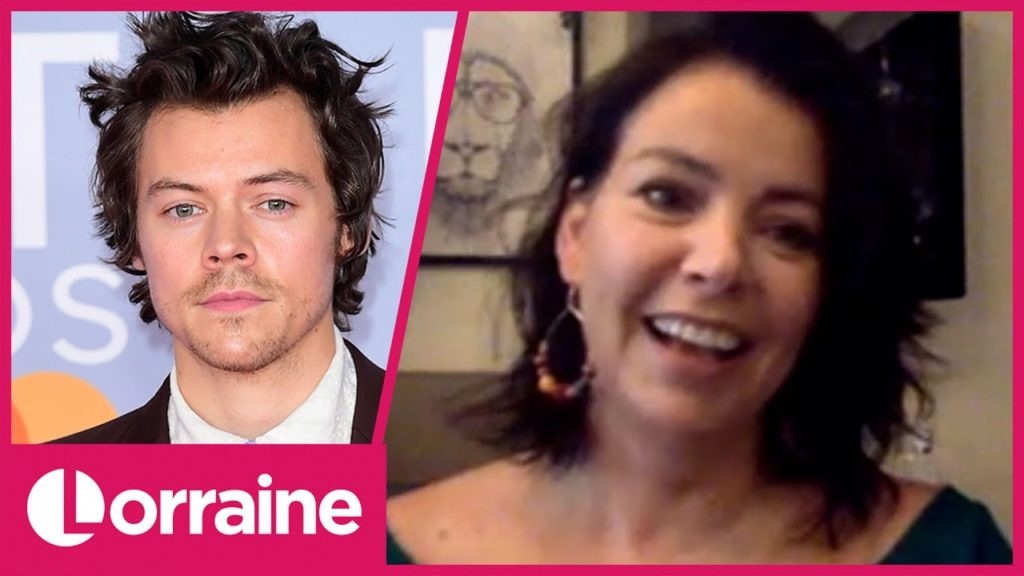 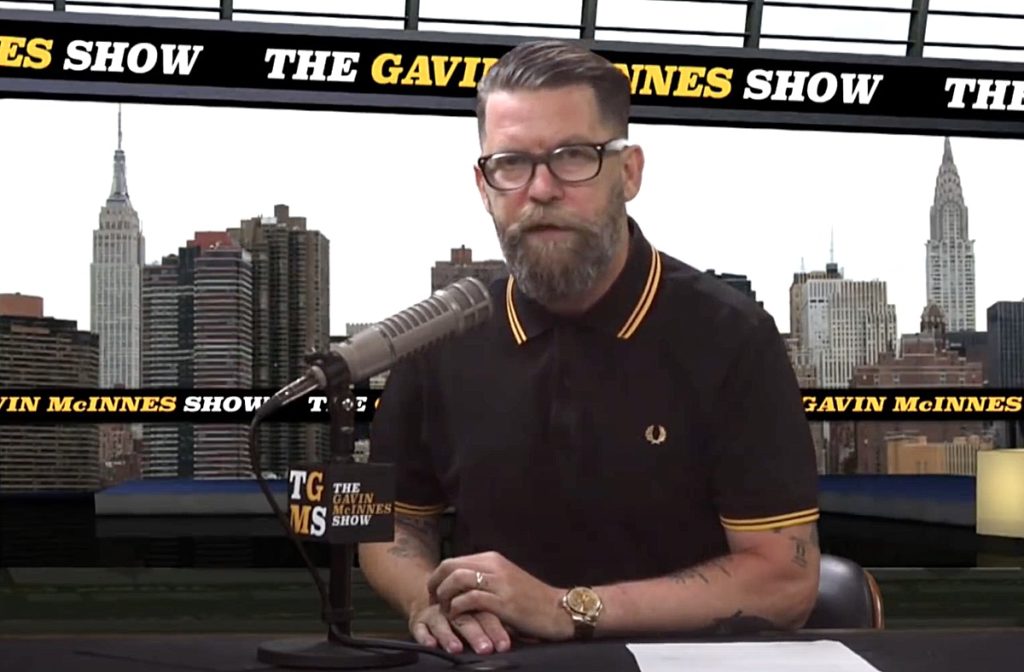 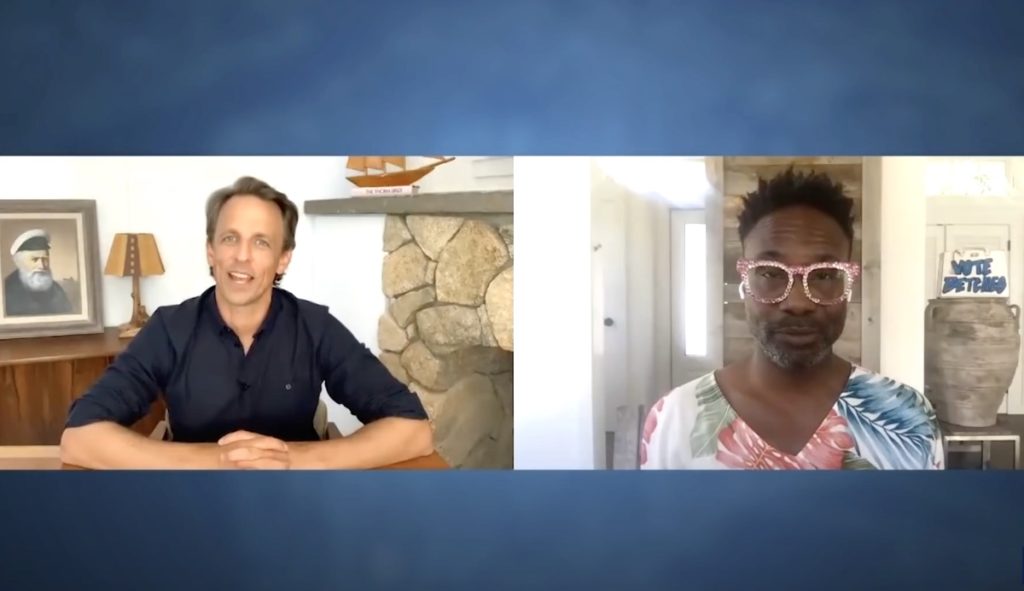 How to Make a Jockstrap into a Face Mask: WATCH

April 6, 2020
Read More
Previous Post: « At 18, Gay Sex Got Him 7 Years in Prison. Montana Made him Register as a Sexual Offender Until This Week — though Sodomy Laws Were Tossed 17 Years Ago
Next Post: Conners’ Sara Gilbert and Singer/Songwriter Linda Perry finalize separation »