Preferring a dead opponent, who might not respond with reality, Trump attacks Colin Powell the day after his death of complications related to Covid-19, quite possibly the result of Trump’s poor response and ongoing support of anti-vaccine efforts.

Washington (AFP) – As much of the world remembered Colin Powell with respect and affection, Donald Trump on Tuesday attacked the late US statesman, calling him a disloyal Republican who made the case for war in Iraq.

Powell, who died aged 84 on Monday, was a frequent critic of Trump and called on him to resign after the January 6 Capitol insurrection that the then-president instigated.

“Wonderful to see Colin Powell, who made big mistakes on Iraq and famously, so-called weapons of mass destruction, be treated in death so beautifully by the Fake News Media. Hope that happens to me someday,” Trump said sarcastically in a statement.

Powell, who was the United States’ first Black secretary of state, died of complications from Covid-19 after suffering cancer.

Trump branded Powell a “classic RINO” — Republican In Name Only — and added “he made plenty of mistakes, but anyway, may he rest in peace!”

Powell found it hard to live down his February 2003 speech to the UN Security Council about the alleged existence of weapons of mass destruction in Iraq — evidence which was later proven to be false.

Trump rarely holds back from attacking former enemies even immediately after their death.

After Senator John McCain died in 2018, Trump repeatedly disparaged the much-admired Arizona Republican who was also among his fiercest detractors.

“I have to be honest: I’ve never liked him much,” Trump said about McCain in one address in Ohio that was nominally about a rise in manufacturing jobs. 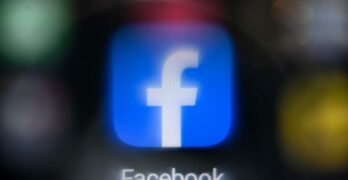