Mackenzie Phillips brings as much perspective as anyone to a discussion about public disclosure. She was twice fired from a beloved network series; arrested in a high-profile drug bust; and told Oprah and the millions watching of the long-term incestuous sexual abuse by her father, a famous musician who helped define the 1960s sound.

And those are connected. She blames that abuse for her addictions and other unhelpful strategies. All that makes this a different disclosure, one without the downside, judgement, especially in how the world has changed for queers.

Out On Behind The Velvet Rope, Casually

In the wake of all that, her casual coming out on podcast two days ago was so full of other updates we are pleased to get to break this news just about worldwide. And for those of us of a certain age it’s big news. We watched Phillips grow up on ‘One Day at A Time’, a show that treated its characters as more real, and we got invested. Sources close to Phillips confirmed their belief that it’s her first time on the record/publicly revealing that she isn’t just an LGBTQ ally but has been and will continue to operate as a queer in practice and strongly identifies her place as in the broader gay community.

A 10+ Year Sober Survivor with channels for all that actualization

Sober more than 10 years since her arrest, she’s healed the deep rifts with her siblings that formed when she spoke out about the abuse. She’s maintained her lifelong friendship with co-star Valerie Bertinelli and spends weekends playing complicated board games with her son, who is in his mid 30s.

In the last decade, Hollywood called a few times with roles in “Orange Is The New Black”, “Hot In Cleveland” and the reboot of “One Day At a Time”, but she spends more time counseling addicts and managing the Breathe Life Recovery Center where she’s a parter in the business started by “Oprah’s interventionist” Brad Lamm.

“One of our most attended tracks here [at Breath Center] is the chem-sex track, which is gay men with crystal meth and sex addiction issues because those those are so entangled.” Phillips says, describing the work and another way she’s part of the bigger community. She and Lamm also host a podcast called American Recovery, embedded below.

So after weathering and growing through all those issues and some of the highest profile media circuses over the last few decades she is unconcerned with what others think. She feels not need to feed anyones need for details nor help them through their discomfort.

What i hear is real joy in this part of the podcast. And why not? It’s all good news.

If you really can’t listen to the entire Behind the Velvet Rope discussion, the queer segment is at 1:07:00

Breaking it down. Parsing it out

The interviewer asks, in a somewhat set-up cut, if Phillips realizes she’s a Gay Icon.(Full text below) She says she is aware of it and moves into saying she’s more than an “ally”.

i really like her next silly turn of phrase, “I have lived on both sides of the curtain.”

A shower? Is this about her seeing things that a woman just ain’t supposed to see… from behind a curtain? I assume it’s akin to another phrase heard recently about sometimes “jumping the fence”.

Then there’s the hard proof if you didn’t get the curtain bit, the hard news of having had relationships with men and women, but you’re not getting specifics on that either.

Wrapping it up is the best statement. It’s joyful. It’s so carefully worded that it’s got to be intentional. And it’s not something any young, testing-the-waters naif would say.

No one says, “I love our gay community.” And for Phillips, It’s explicit in just the way she just said she’s not going to plant any flags or swear any oaths. This sounds like an oath.

Why flip flop? I’ll assign intention here and guess Mackenzie Phillips isn’t needing to put any limits on who comes to bed. She can handle it. Has and will.

But when it comes to what counts, being part of a community that is committed, she’s already there. She’s is in, knows what she’s in for, participating in the communal and mutual defense agreements that bind especially communities of diverse groups each with struggles.

Ms. Phillips could have been a Karen. She could pass, and “put all that behind her” and would have had powers and privileges waiting. But no.

She knows better than most folks who come out a lot earlier, without the experience to know what’s important. At that point most of us hedge. We’re scared enough about and self conscious about what others think of us, let alone that whole community.

That’s why we give and hear the caveats, the fears of suffocation, the fear of pressure to conform; and they don’t know the gay community like they know themselves and so we shy away from representing it then, saying blah blah

“but i’m not going to give up my life and join the gay community”. 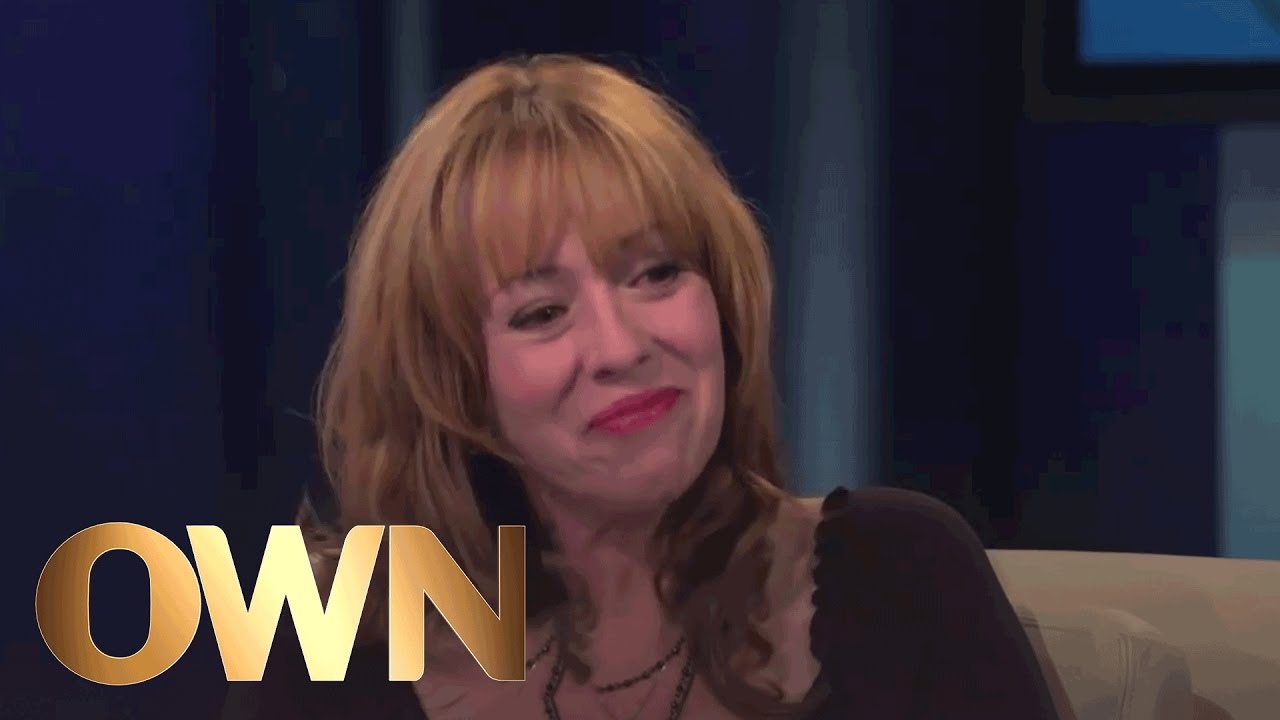 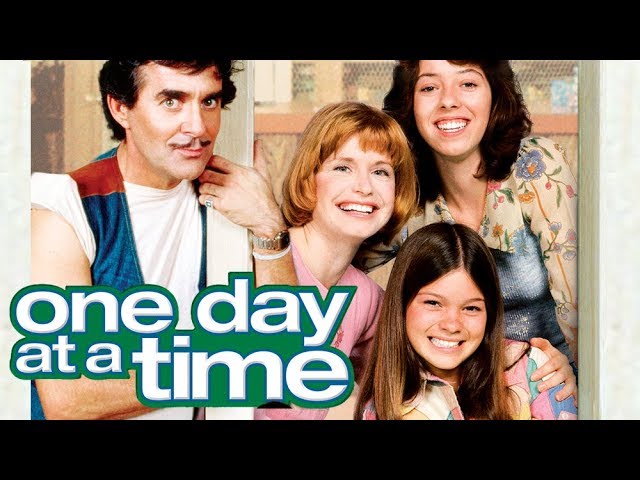 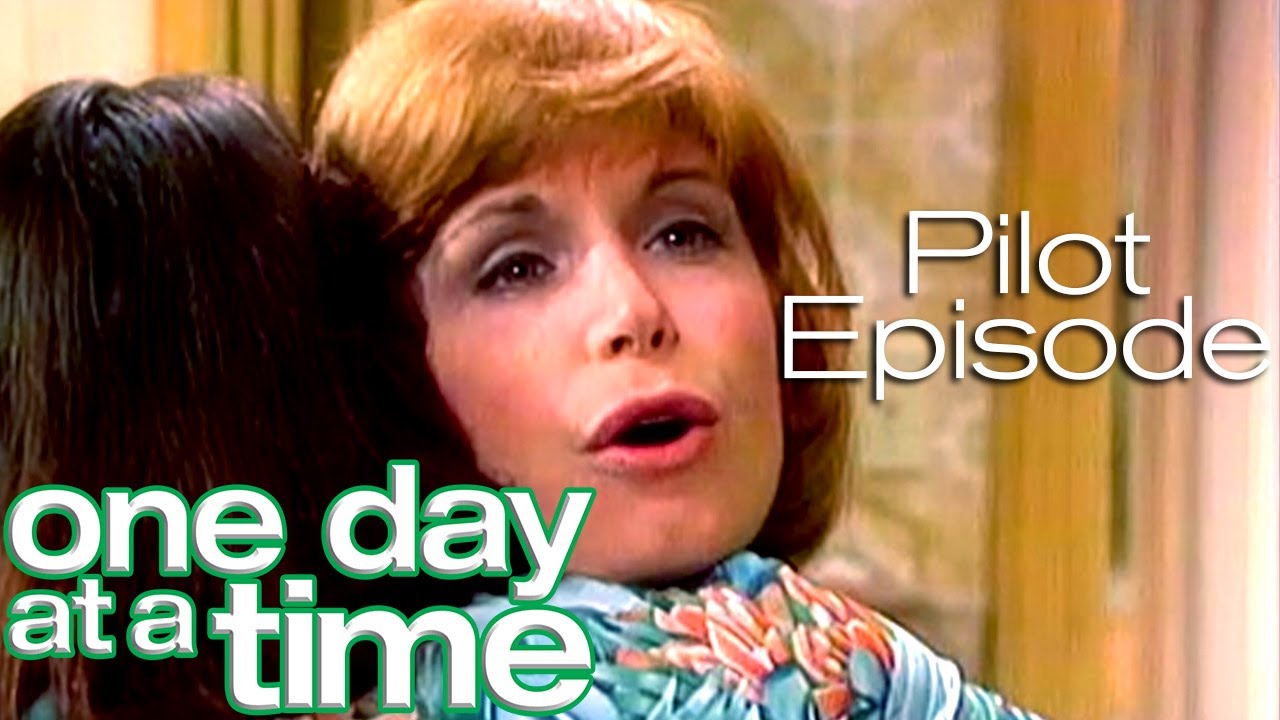 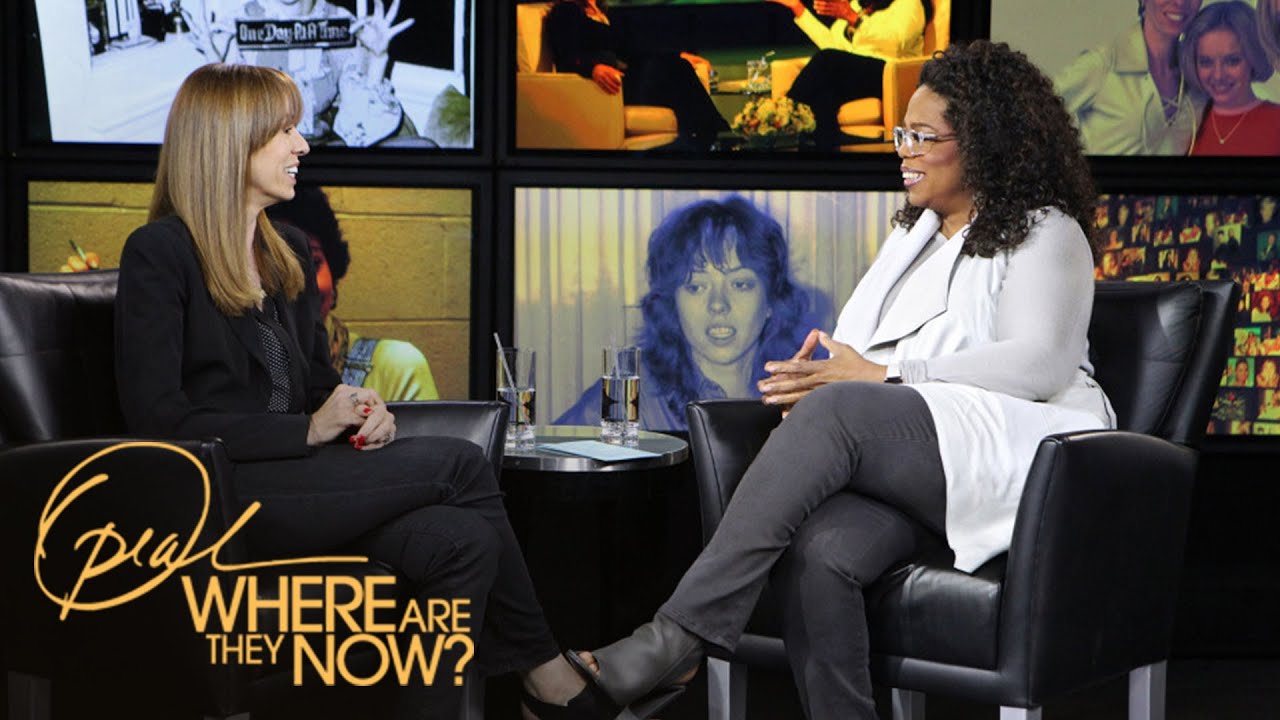 Mackenzie Phillips on Her Oprah Show Interview: "I Was in Abject Terror” | Where Are They Now | OWN

Mackenzie Reflects on the Disclosures

Starting with her child actor experience, not many get their big break in a film with pressures the size of “American Graffiti”. That then led to playing Julie Cooper on the classic hit show “One Day At a Time”

In the episode above — her podcast with Brad Lamm, Phillips recounts the most harrowing pivotal moment going on Oprah’s show to share the big secret she’d held until release of her autobiography — that she’d been the victim of incestuous sexual abuse by her famous musician father for many years.

That disclosure drove a wedge between Mackenzie and her siblings that took the better part of a decade to put back together. She happily reports they share texts and time together all the time these days, and as you heard on the first podcast will even sing a few lines her favorite Wilson Phillips tune.

Since 2009, One Day At A Time star Mackenzie Phillips has been on the outs with most of her siblings. It was in the fall of that year that the now-62-year-old actress released her explosive memoir, High On Arrival, in which she detailed a longterm incestuous relationship with her father, late Mamas & Pappas singer John Phillips.

The allegations shocked and horrified Mackenzie’s family, including her half-sisters – actress Bijou Phillips and singer Chynna Phillips – as well as her brother-in-law/Chynna’s husband, Billy Baldwin.

Revealing her truth caused her relationships to become so “strained,” she wondered whether they’d ever be able to be reconciled.

Stopping by the Behind The Velvet Rope with David Yontef podcast, Mackenzie said she credits Oprah Winfrey with both shining a light on her book as well as helping her realize that her relationship with her father was not consensual, as she had previously and mistakenly thought.

In fact, she recalled her story being initially dismissed by her siblings – until it took off.

“I think that there was a thought that, ‘Oh, yeah, Mackenzie is writing a book. No one’s ever going to read it,'” she explained. “And then Oprah came into play and Simon and Schuster, a huge publishing house came into play, and I think everybody got really upset.”

“And I understand that,” she made sure to note. “And had I known the distress it would’ve caused everybody on such a visceral level, I would certainly have considered doing things slightly differently. I certainly would not have decided to not tell my truth, because my truth needed to be told, but I likely would have done it slightly differently.”

“On the day that the book was published, the day that it hit the stands, there was a lot of unrest and distress in my family, which has over the years gotten much better,” Mackenzie revealed.

“Just in case anybody was wondering, there’s a family thread,” she added joyfully. “We all text and we’re all in touch. And we spend time together whenever we can.”

As a former drug addict who’s now a manager and counselor at Breathe Life Healing Centers in West Hollywood, California, Mackenzie knows that “hindsight is 20/20.”

She told David she and her siblings “killed a lot of those wounds” and are “all back in love with each other, as brothers and sisters should be.”

“Not only did I survive, I actually am thriving,” she added. “And so that is something that I’m proud that I have weathered the storm, but I’m 62 years old. You know, what the F to be still here. I’m quite often amazed that I’m able to even put together an elusive sentence, let alone a paragraph, let alone help run a treatment center.”

In addition to having pride in her mended family and commitment to recovery, Mackenzie is also proud in other ways.

Seemingly revealing for the first time that she is queer, she told David, “Throughout my life, I have lived on both sides of the curtain. I’ve had boyfriends, I’ve had girlfriends, you know, throughout my life. I am neither one nor the other. I love our gay community. And yeah, I love everybody.”

“Not everybody,” she quickly noted. “Almost. It’s messy.”

TRANSCRIPT Of Mackenzie Phillips Coming Out on Beyond the Velvet Rope

Near the end of the show the two are tossing out their favorites in pop culture.

Of course we also chat Mack’s favorite Wilson Phillips Song (shout out to sister Chynna Phillips) and Van Halen (shout out to Val). A no holds bar sit down chat with the one and only Miss Mackenzie Phillips.

The One Day At A Time actor is featured on a just released podcast episode of ‘Behind the Velvet Rope’. She and host David Yontef have a funny, interesting conversation for the whole hour without a moment of lag. Near the end, the two are talking favorite shows, find much common ground especially when it comes to Scandal which logically leads to the following coming out exchange:

DAVID YONTIF: ” When we started you made a joke about like “allyship” and, you know… you have lots of, gay boys, like myself… and lots of women …you know….Like, you are kind of a gay icon, Mackenzie, Do you realize this?

MACKENZIE PHILLIPS: Well, I love that, and I also love that I throughout my life I have lived on both sides of the curtain. I’ve had boyfriends. I’ve had girlfriends.  I am neither one, nor the other. I love our gay community.

And yeah, I mean, I love everybody. Not everybody almost.