You are here: Home / Archives for Craig Covey 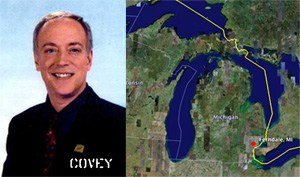 Ferndale, Michigan on Tuesday chose the city's first openly gay mayor and the first elected in the state, according to the Detroit News: Craig Covey, … END_OF_DOCUMENT_TOKEN_TO_BE_REPLACED