You are here: Home / Archives for Winston-Salem 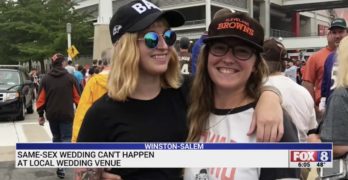 The Warehouse on Ivy, a wedding venue in Winston-Salem, North Carolina, told Kasey Mayfield and Brianna May to get lost when they inquired about … END_OF_DOCUMENT_TOKEN_TO_BE_REPLACED 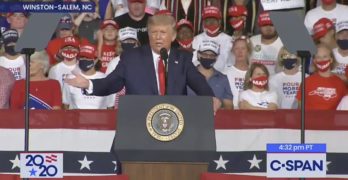 At a rally in Winston-Salem, North Carolina on Tuesday night, Donald Trump ordered his supporters to be "poll watchers," telling them "watch all the … END_OF_DOCUMENT_TOKEN_TO_BE_REPLACED