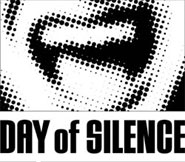 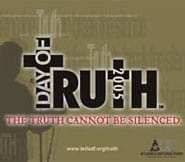 Today’s Day of Silence, during which tens of thousands of school age children across America will take a vow of silence to show their support for LGBT people is being countered by a Christian group, Alliance Defense Fund. They are promoting a Day of Truth which hopes to create a whole army of kids in the mold of Rev. Fred Phelps, decrying homosexuality as sinful. Already, the dueling days have begun to create conflict at high schools and college campuses around the country.

The group GLSEN (Gay, Lesbian and Straight Education Network) has coordinated the Day of Silence since 2001. Executive Director Kevin Jennings pointed out the more powerful difference between the two camps: “The Day of Silence was an event conceived of by students themselves in response to a very real problem of bullying and harassment they saw on their campuses. The Day of Truth is a publicity stunt cooked up by a conservative organization with a political agenda; it’s an effort by adults to manipulate some kids.”