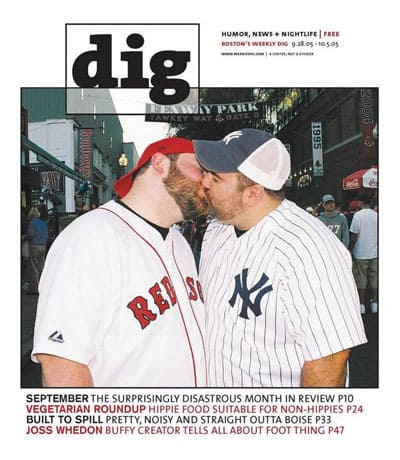 Seeing as the Yanks and Red Sox are “neck and neck,” Weekly Dig editor Joe Keohane thought he would create a bit of controversy by shooting this photo for the cover of the Boston paper: “We wanted to see what would piss people off more – the gay aspect or the Sox-Yanks aspect. And we wanted to float the theory that sexual tension is the real force behind the heated Sox-Yanks rivalry.”

I think he hit one out of the park!

Can You Dig It? [boston herald]
Dig That [gawker]
(thanks graham)