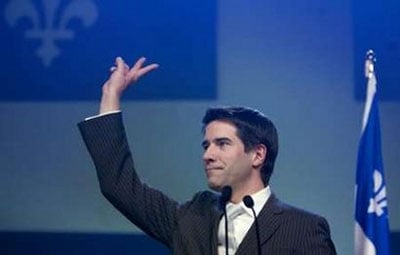 Andre Boisclair, an openly gay 39-year-old, was elected leader of the separatist Parti Quebecois yesterday in Canada, after surviving a scandal surrounding his admitted cocaine use while serving as a government minister.

The Canadian Press reports that rivals “stepped gingerly around Boisclair’s use of the illegal drug while he served in Lucien Bouchard’s cabinet in the late 1990s.” Perhaps that’s because when Boisclair admitted he had used the drug, his poll numbers soared.

In his victory speech, Boisclair pledged to “hold a referendum on Quebec sovereignty as soon as possible.”