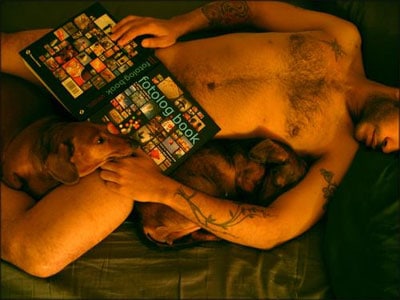 Over the past couple of years I’ve posted occasionally about various sexy Brazilian fotologs, though my friend at Made in Brazil has made an art of it.

Fotolog has now leapt from the virtual world to the real world in the form of fotolog.book: A Global Snapshot for the Digital Age

(Thames & Hudson), a book which anthologizes many of the best user-created sites out there. Fotolog (the book) is not all sexy Brazilians (though maybe that would be a great subject for their sequel tome) but it does provide a unique window into some stunning amateur photography that otherwise might get lost among the millions of click-thrus in the blogosphere.

They’ve also started a fotolog site expressly for folks to post pictures of themselves reading and, uh, wearing the book. 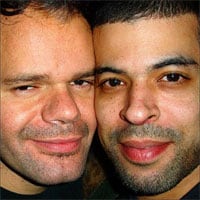 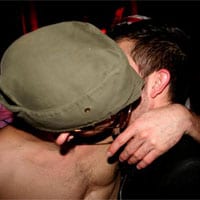 Among the book’s contributors are a NYC member named Luce, who has an affection for double portraits, and Gazelle, a chronicler of NYC nightlife. But there are many other contributors included here, even Fotolog co-founder and CEO Adam Seifer, who has photographed every meal he has eaten since 2002 (now that’s an obsession), and the book’s editor Andrew Long, who was once the photography critic for the New Yorker.

The 344-page book is nothing if not inspiring, and at moments, sublime. Great idea. 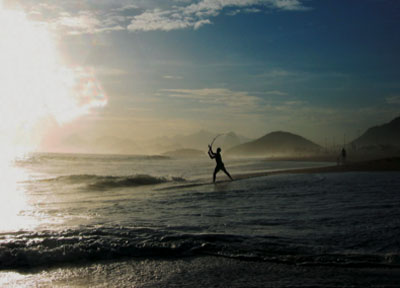