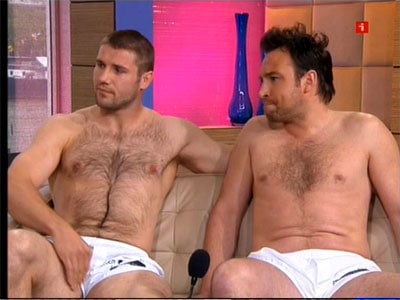 The charity is holding a “men in pants” walk across London today to encourage men to learn more about the diagnosis, prevention and treatment of testicular, prostate and penile cancers.

I’d say that Ben Cohen in a pair of boxers is definitely going to raise visibility.

More shots after the jump… 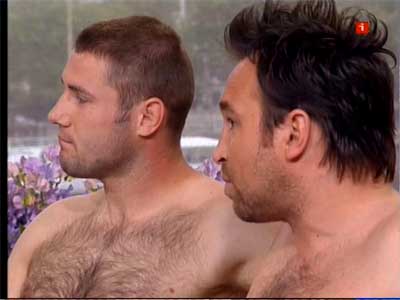 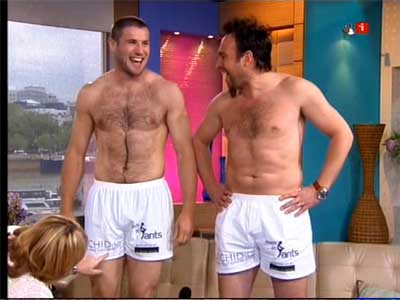 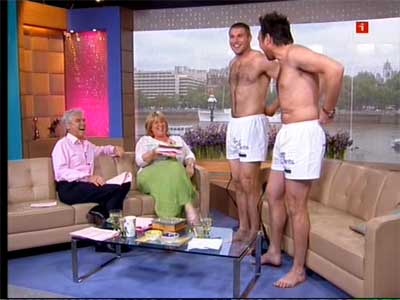 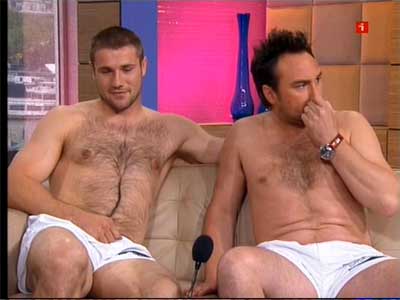