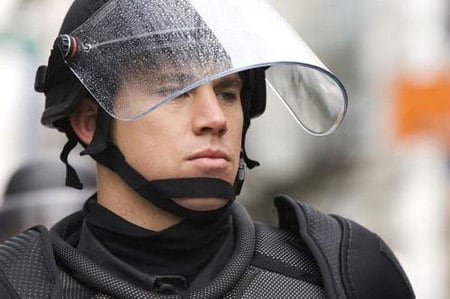 Channing Tatum dons (and removes) riot gear for the 2007 film Battle in Seattle which chronicles the World Trade Organization Seattle riots of 1999. Tatum and Woody Harrelson play riot cops in charge of quelling the anarchists who caused $20 million in damage to downtown Seattle in one of the nation’s largest political uprisings. Here are a few of the first images from the film, which despite the serious subject matter promise to offer at least a few opportunities for Tatum to pout those model lips and show off his tattoos. 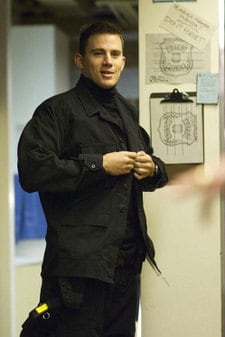 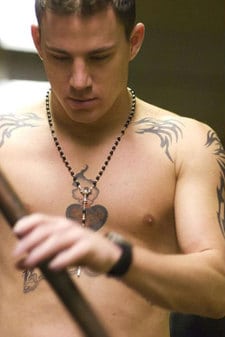