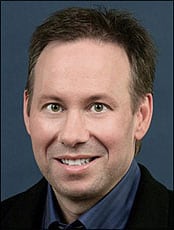 Former Boston radio host John DePetro, who has a habit of denigrating gays and lesbians, is back on the air, on a Providence, Rhode Island morning show. Last July, the host was suspended after he referred to the head of the Massachusetts Turnpike Authority as “Fag Matt; And I don’t mean gay fag, I just mean the way when you’re a sophomore, juvenile, in grammar school and somebody would say you’re like a sissy boy fag. I don’t mean gay fag. I mean like sissy boy. He’s a little sissy boy. Wife wears the pants.”

DePetro, who is married with three children, told the Boston Herald he shouldn’t have been fired for the way he referred to Ross. Said the host: “I was factually accurate.”