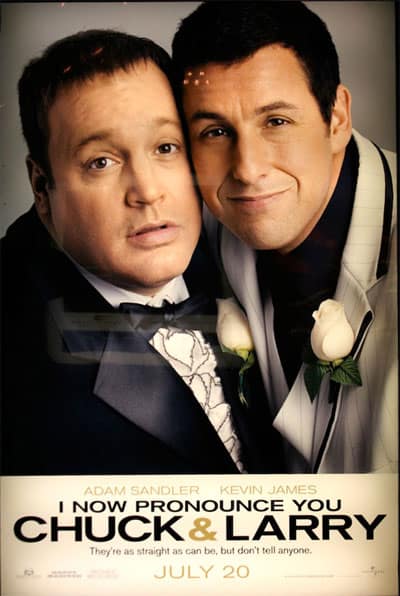 New key art has snuck out of the film industry confab ShoWest in Las Vegas for the July film I Now Pronounce you Chuck & Larry. In the film, Sandler and James play firefighters who pretend to be gay in order to receive domestic partner benefits. Let’s hope this comedy, set for release in June, treats the subject with the respect it’s entitled to, given the fact that there are still many who aren’t allowed to receive such benefits, much less the greater benefits of marriage.