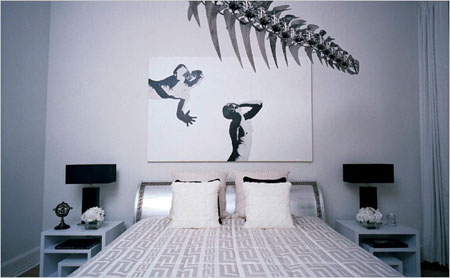 New York’s famed Plaza Hotel has been undergoing massive renovations as much of the hotel is being converted into luxury condominiums.

In March 2006, Christie’s held a massive auction of items from the hotel including a parquet dance floor, candelabras, leather club chairs, a Steinway grand piano,and the humidor which used to house cigars in the Oak Room.

Now available for viewing at the Plaza are a set of prefab residences designed with items almost exclusively from the Versace home collection.

Well, at least that painting over the bed is symbolic of some sort of gay angst. 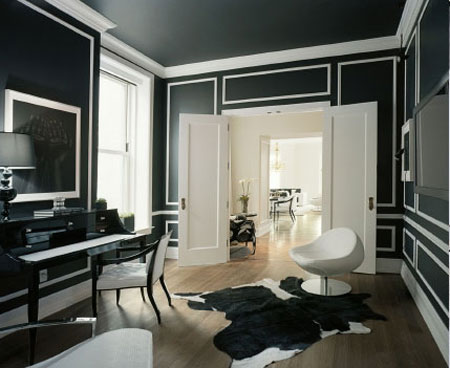