Honolulu Star Bulletin blasts non-vote on Hawaii same-sex union legislation: “More than 400 people submitted written or oral testimony on the bill and deserved the courtesy of a committee vote on the issue. Committee Chairman Tommy Waters’ later said he chose not to call for a vote because most committee members opposed the bill, and he wanted to leave open the possibility of a compromise. That seems highly unlikely, given the strident polarization on the issue…The muzzling of the legislation by the Judiciary Committee was an affront to gay couples, who deserve a recorded vote and an explanation for the rejection of the measure.” 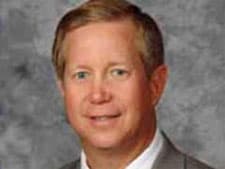 Florida city manager fired over sex-change operation: “Steve Stanton professed his love for the city and asked the people of Largo to support his decision to undergo a sex change and allow him to keep his $140,000-a-year job as city manager. To his sorrow, the answer came back no. Almost 500 people packed City Hall on Tuesday night for a special meeting to decide if they would accept someone named Susan instead of Steve as their top official. And while many spoke eloquently in his defense, more called for his ouster.”

The Dallas/Ft. Worth area is getting a really gay radio station.

Germany says they are ready to join the space race: ” The head of the German Space Programme (DLR), Walter Doellinger, told the Financial Times Deutschland that it would be ready by 2013 to send an unmanned space shuttle to orbit the earth’s only natural satellite.”

Been itching to see a bit more of Daniel Radcliffe (and not the photoshopped variety)? Well, here’s a little more… 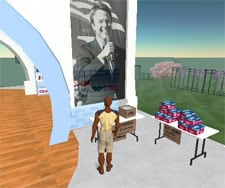 This compendium of articles on Buzzfeed is so gay.

For the first time in 12 years, the New York City Gay Men’s Chorus will devote a concert entirely to classical music.