Author Terry McMillan, whose latest salvo in an ongoing battle with her gay former husband Jonathan Plummer is a $40 million lawsuit which claims Plummer and his attorneys “conspired and formed a plan to threaten to humiliate and embarrass Terry McMillan, and violate her privacy and place her in harm’s way, and threatened to damage her professional and personal standing in an attempt to extort monies from her,” tells New York magazine’s Intelligencer that folks should see where she’s coming from, and know why she uses certain derogatory language. Plummer has claimed that McMillan referred to him as “little fag, common fucking criminal, and a common extortionist.” 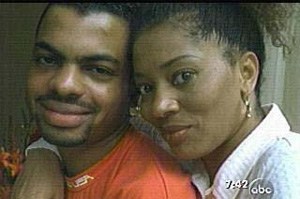 McMillan: “I’m really getting tired of the fact that people get upset that I use the F-word to refer to Jonathan. It was the only weapon that I have. It offends me that gay men think they are above criticism. If you criticize them, you’re automatically a homophobe; I’m starting to think they’re heterophobes. I still see betrayal as betrayal. I don’t care how long he’s been in the closet; I didn’t put him in there.”

McMillan recently contributed an essay called “100 Questions I Meant to Ask Him” in a new anthology called The Honeymoon’s Over which she claims wasn’t meant for publication.

In the essay, which somehow actually did get published, McMillan asks, among other things, “Have you been surprised by the promiscuous behavior of a lot of gay men? Are you going to be like this or are you already?”