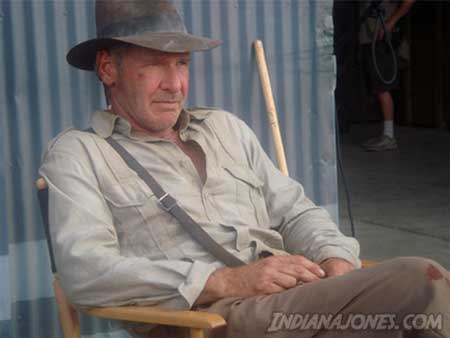 Here’s another first look for you, from the new Indiana Jones movie that just began shooting. Harrison Ford continues to look comfortable and ruggedly handsome in the costume, which we haven’t seen him wear since 1989. “The new Indiana Jones movie is set in the 1950s and stars Shia LaBeouf, Cate Blanchett, John Hurt, Ray Winstone and Jim Broadbent,” according to IndianaJones.com. It is scheduled for release in May of 2008. 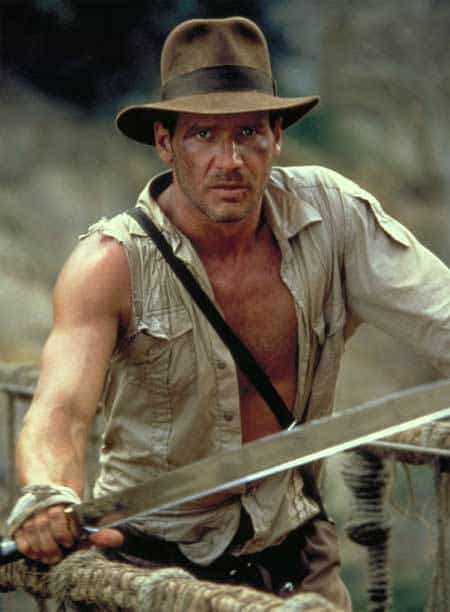