George Michael has demanded that scenes featuring his interviews be removed from a new Stephen Fry documentary entitled HIV and Me scheduled to be broadcast on the BBC in October. 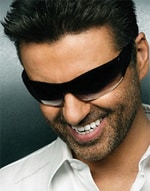 The BBC released a statement: “George Michael isn’t in the documentary because, on reflection, this was too personal a journey for George to revisit.”

Michael’s spokeswoman added that revisiting his ex-lover’s death from AIDS would be too painful for the singer: “On reflection, he felt it was too close and too personal a journey for George to take and he asked for his contribution to be removed. It was too personal for Anselmo’s family to revisit.”

The Daily Mail speculates that Michael may have been unhappy over advance publicity by the documentary’s producer Ross Wilson, who said last June: “George says he does not believe in [HIV] tests. He says he finds the wait for results too harrowing and that he hasn’t had a test since at least 2004 due to his fears it might be positive.”