Some gay rights groups in Calgary are questioning remarks made by incumbent mayor Dave Bronconnier on Tuesday at a mayoral debate. 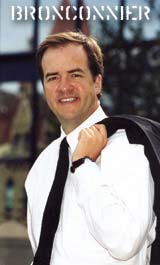 According to the Calgary Herald, “During a mayoral debate at Mount Royal College, an audience member complained that Tourism Calgary, which receives funding from the city, had earlier this year promoted Calgary as a travel destination for gays and lesbians.”

Bronconnier responded: “I hear your lifestyle question and that’s not something I can condone, but Tourism Calgary, they have their marketing. Would it have been my choice for an article? Probably not.”

After objection from gay rights groups, Bronconnier clarified the comments: “Her question was why are my tax dollars going to market this. She actually had the ad in her hand. I defended Tourism Calgary’s right to market our city to all groups, including people who are gay, so it’s sort of a trumped-up matter, in my view.”

Some, like Naheed Nenshi of the Better Calgary Campaign, were troubled that the mayor would not immediately embrace the idea of gay and lesbian visitors to come to the city: “If he had thought about it for three minutes, he wouldn’t have said that, but because that was his knee-jerk reaction, to me, that is quite troubling.”

Tamrin Hildebrand, executive director of Calgary LGBT group OutLink, had other issues with the remarks: “Our current mayor said in a public debate that he does not approve of this ‘lifestyle.’ To me, lifestyle implies choice and being a lesbian was not a choice – the only choice to be made was whether or not to accept it and ‘come out.'”