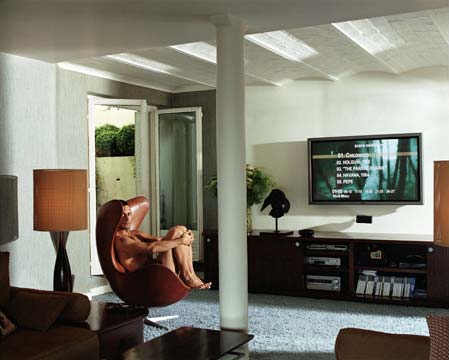 In the next installment of the naked fashion designer series, Marc Jacobs disrobes in his Paris apartment for W‘s “art issue” which features an interview with the designer and a collection of photos:

“As he sits in his Paris apartment on a midsummer afternoon, Jacobs is surrounded by eight John Currins, six Richard Princes and six Ruschas, plus an assortment of Elizabeth Peytons, Damien Hirsts, John Baldessaris, David Hockneys and Lisa Yuskavages, not to mention a small but growing collection of Fifties Scandinavian handblown glass birds. ‘Typical addict behavior,’ says Jacobs with a half smile. ‘I just got this bug. I started going to galleries, and I kind of went mad.’ Jacobs, whose struggles with drug and alcohol dependency are well known, sees his new passion for contemporary art as a (relatively) healthy habit, one he intends to indulge for the foreseeable future.” 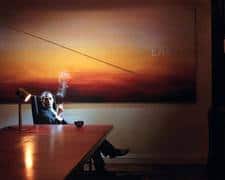 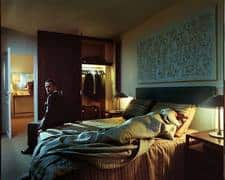 “As Jacobs fills his walls with art, he is also using his own body as a canvas: His growing tattoo collection, which started with a little heart on his left shoulder, is itself almost exhibition-worthy. The newest additions are the French words OUI and LUI in bold graphics on each forearm, and, in the middle of his back, Carol Anne from Poltergeist, mesmerized by a glowing TV screen. (“Stay away from the light,” Jacobs intones with mock solemnity.)”

Now that’s a tattoo I’d like to see. Unfortunately, it’s not among the photos. 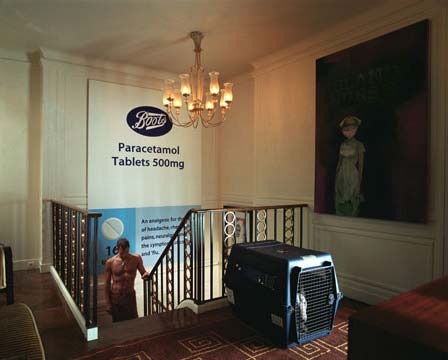