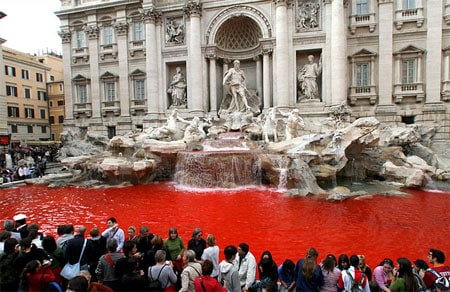 The waters in Rome’s Trevi Fountain were dyed red by an assailant police later identified as Graziano Cecchini, an “extreme-right sympathizer,” according to the Associated Press.

Undertaken in broad daylight in front of dozens of tourists, Cecchini apparently threw the dye into the fountain along with the can it was carried in and fled, but was captured on closed-circuit cameras:

“Police found leaflets near the fountain signed by a right-wing group claiming responsibility for the act. The leaflets said the red paint was a protest for expenses incurred in organizing the Rome Film Festival and symbolically referred to the event’s red carpet. Experts cleaned the fountain in a few hours and said the baroque monument, with marble statues depicting the sea deity Neptune on his chariot, had not been permanently damaged.”

Gyllenspoon were photographed eyeing the monument on their “first public outing” as well but apparently missed the event. 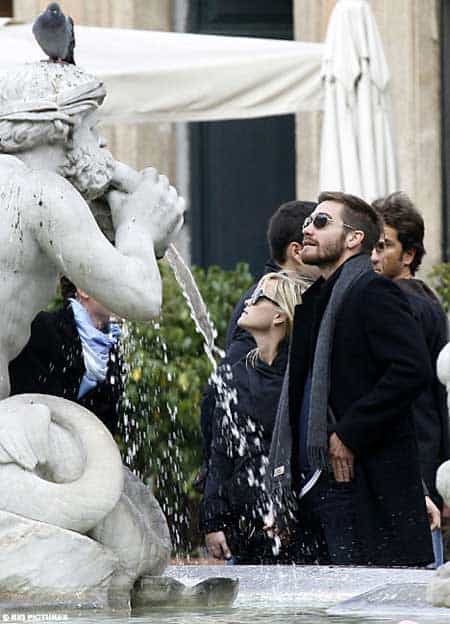