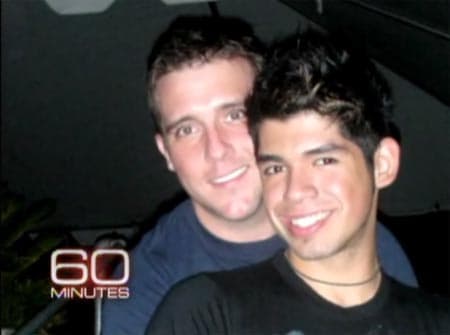 If you missed 60 Minutes and its feature on Army Sgt. Darren Manzella and the military’s Don’t Ask, Don’t Tell” policy last night, you can watch it here. 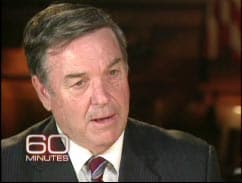 From the show’s transcript: “‘We aren’t the Brits. We’re not the Europeans. We’re not the Swedes,’ says Republican presidential candidate Duncan Hunter, who is the ranking member of the House Armed Services Committee. Hunter argues that gays do not belong in the U.S. military because American troops need to be hardened warriors, unlike soldiers in the 15 NATO countries where gays serve openly. ‘The Fallujahs of the world, the Ramadis of the world that require heavy combat and lots of fire-fighting capability – those are the places the Americans go. The other countries tend to go to the so-called peacekeeper zones, where they have fewer fire fights and less contact with the enemy,’ Hunter says. ‘And the European nations show little will to send large contingents of their military people into dangerous places.'”

Admiral Alan West, who headed the Royal Navy when the military gay ban ended in Britain, feels that it has helped their military. West responded to Hunter: ‘I think American troops are very brave and I think British troops are very brave. But we do it in a little bit of probably a quieter way generally, you know? We don’t have to go ‘Huh, huh, huh’ and shave our heads off and shake hands very hard. You can still kill someone without having to do that.'”