This wrinkly newborn may be the closest you get. Pitt is starring in the David Fincher film The Curious Case of Benjamin Button about a man who is born elderly and ages backward. At 50 he falls in love and must deal with the consequences aging backward have on the relationship.

At each stage of his life, including infancy, the character must look like Pitt, so the filmmakers have found a way to CG Pitt’s features onto the baby.

Of course, Pitt eventually turns into: 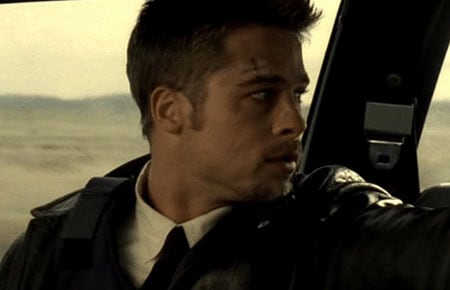 A few shots turned up of Pitt on-set some months ago. One is posted AFTER THE JUMP… 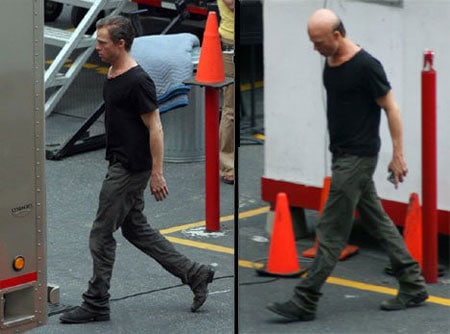