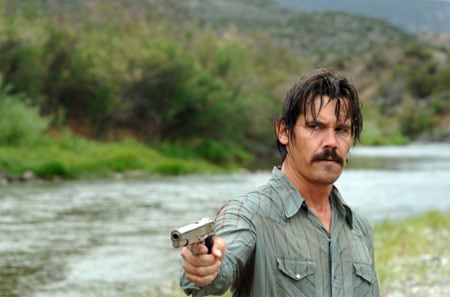 Oliver Stone is ready for “a quick ramp-up to production” on Bush, a film about #43, with Josh Brolin attached to play the president. 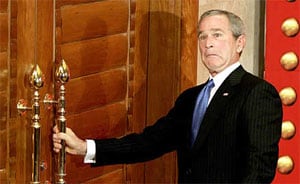 Stone told Variety: “It’s a behind-the-scenes approach, similar to ‘Nixon,’ to give a sense of what it’s like to be in his skin. But if ‘Nixon’ was a symphony, this is more like a chamber piece, and not as dark in tone. People have turned my political ideas into a cliche, but that is superficial. I’m a dramatist who is interested in people, and I have empathy for Bush as a human being, much the same as I did for Castro, Nixon, Jim Morrison, Jim Garrison and Alexander the Great…I can’t give you [my personal opinion of the president], because the filmmaker has to hide in the work. Here, I’m the referee, and I want a fair, true portrait of the man. How did Bush go from an alcoholic bum to the most powerful figure in the world? It’s like Frank Capra territory on one hand, but I’ll also cover the demons in his private life, his bouts with his dad and his conversion to Christianity, which explains a lot of where he is coming from. It includes his belief that God personally chose him to be president of the United States, and his coming into his own with the stunning, preemptive attack on Iraq. It will contain surprises for Bush supporters and his detractors.”

Brolin, who has not yet negotiated a formal deal, will be coming off of his role as supervisor Dan White, Harvey Milk and Mayor George Moscone’s assassin, in the Gus van Sant biopic Milk.

Said Stone of Brolin: “Josh is actually better looking than Bush but has the same drive and charisma that Americans identify with Bush, who has some of that old-time movie-star swagger.”

Previous Post: « Claymania is Alive and Well and Living Outside the Shubert Theater
Next Post: Gay Argentinians Cesar Cigliutti and Marcelo Suntheim Wed in Spain »