UK Gay News reports on a gay couple in Northern Ireland, one of whom is disabled, who are living in fear because of a number of homophobic attacks directed toward them: 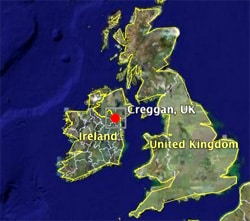 “The home of a gay couple in Creggan, Northern Ireland, has been attacked for the second time in a week. The attacks are said to be part of a homophobic hate campaign that has been ongoing for three years. The couple, one of whom is registered disabled, had their window broken last Friday – and then on Monday night their door was kicked in. Now the pair, who live in fear after being verbally abused, are considering leaving the home they have shared of 17 years. The verbal abuse, the Derry gay support group, Rainbow Project says, include threats to burn them out.”

Said Sean Morrin of the N. Ireland group Rainbow Project: “We totally condemn this hatred on this couple and appeal to the local community, politicians and community activists in Creggan to work with the Rainbow Project to bring it to an end. This couple have lived very happily for many years in Creggan and it would be devastating if they had to leave their home of 17 years due to the actions of a few homophobes who have nothing better to do than attack a disabled man’s home. Both men are suffering the impact of this hatred to the extent that their physical and mental health is deteriorating.”