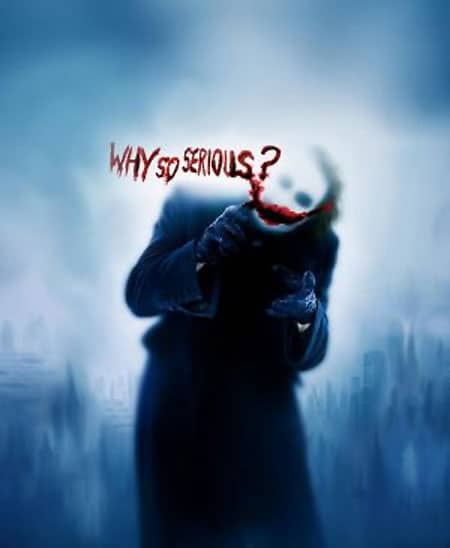 Heath Ledger’s performance as The Joker in The Dark Knight was previewed Thursday at ShoWest:

“Unlike 1989’s ‘Batman,’ in which the deranged, disfigured clown appearance of Jack Nicholson’s Joker resulted from a dip in chemical goo, “The Dark Knight” starts right in with the bad guy in all his psychopathic glory. ‘I believe whatever doesn’t kill you simply makes you stranger,’ Ledger’s depraved Joker cryptically tells an accomplice in the opening scenes, in which he pulls off a daring bank robbery.”

Said director Christopher Nolan: “The psychopathic clown, that’s an icon to stand with the guy with the ears and cape. It’s just a wonderful visual relationship, and it’s a terrifying image. I think he’d be very pleased to see we’re just moving ahead as is. If you try to honor somebody, you honor them by respecting their work and putting it out there for as many people to see. He was immensely proud of the work he did on the film. I feel a great burden to present that in an undistorted form.”

Producer Charles Roven told the AP that Ledger was pleased with the outcome: “He was just blown away by his own performance. He said, ‘Can I see it again?’ So he was really, really thrilled.”