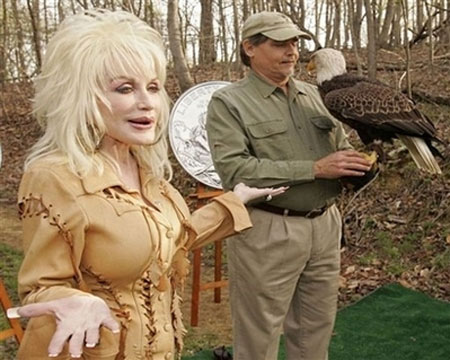 Dolly Parton does everything. She even frees bald eagles! 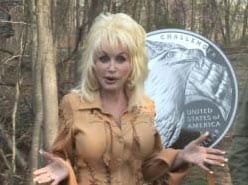 Yesterday she participated in a combo bald eagle and commemorative coin release in Dandridge, Tennessee. Said Parton, whose Dollywood Theme Park also hosts an eagle sanctuary: “Our part is our part, but everybody has to do theirs to make it work.”

As she stepped from a vehicle in her high heels, she said: “Well, if you’re looking for my wilderness shoes, here they are.”

She also named the eagle: “Why don’t we name it Liberty since we’re talking about the coins and patriotic things. I thought that sounded better than Baldy…”

Parton warned that she didn’t want to become a baldy herself: “Don’t let it get a hold of my hair, or he may fly off with it.” 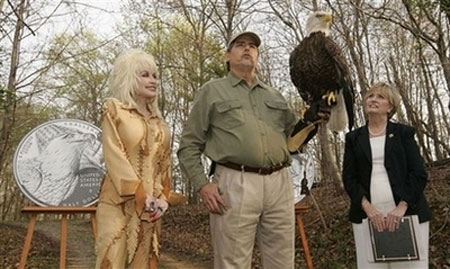 AFTER THE JUMP, Dolly’s video for “Eagle When She Flies”…