Police in Surrey, UK, are investigating two incidents in which people in cars were harassed and pursued at night while the occupants were taunted: 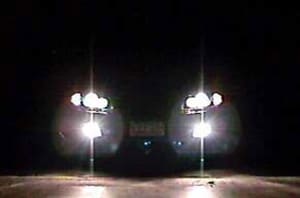 “A suspected homophobic incident where a car was followed along the A3 and blocked in by four other vehicles is being investigated by police. The victim, who had been followed from Ockham, managed to lose his pursuers and was able to alert a police officer in Guildford. The incident in the early hours of Saturday, May 3 began in a car park at Ockham Bites, Old Lane, Ockham, when the four cars drove in and flashed full-beam headlights and blew whistles at vehicles parked there. They then followed one of the cars along the A3 southbound. The occupants of the pursuing vehicles were both male and female, all white and aged in their late teens to early 20s…A similar incident took place at about 10.30pm on Saturday, May 6 when a black Peugeot drove around the Ockham Bites car park and homophobic abuse was shouted.”

Car pursued along A3 in homophobic incident [surrey advertiser]