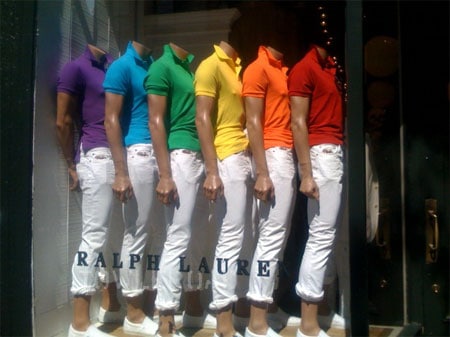 Gay Pride week has descended upon New York City — well, at least upon its retail community. Towleroad correspondent Matty sends us a shot of the Ralph Lauren boutique down on Bleecker Street in the West Village which has posted a posse of Polo-wearin’ mannequins. Just down the block, The Shophound notes, Marc Jacobs has updated his Interview magazine-inspired windows with a few speech bubbles. 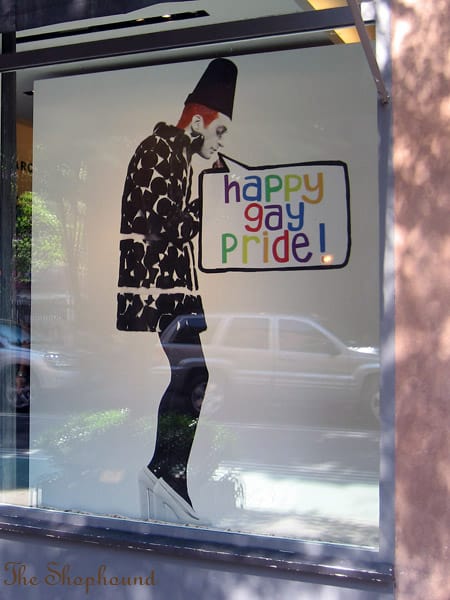