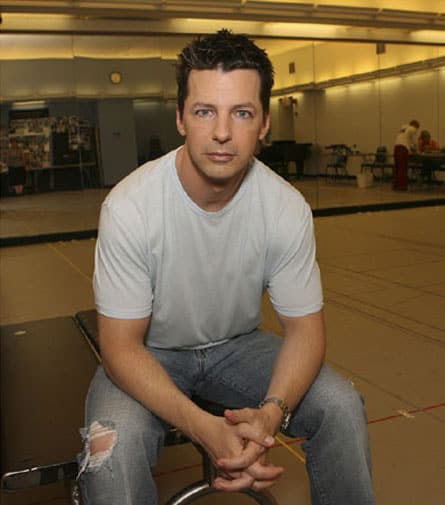 Sean Hayes, who opens this week in a New York production of Damn Yankees with Cheyenne Jackson and Jane Krakowski, sits down with the New York Times:

“For me, the basis of [success as an actor] comes from a love of everything you do. But the byproduct of being a star or a celebrity may be that you have to give up certain pieces of yourself. And you do have to sell part of your soul when you’re an actor — because that’s what you’re showing people. You have an audience, and if you don’t have an audience you’re just being weird in front of the mirror.”

In other news, Hayes is working on a TV series called Bi-Coastal, “about a guy with a wife and kids in California and a boyfriend in New York.”