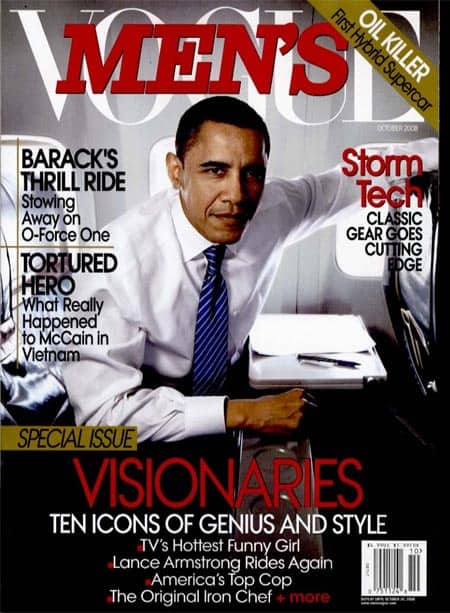 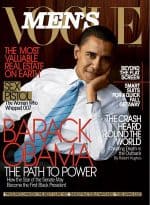 It’s the second time for Obama on the cover of Men’s Vogue. He appeared before in September 2006.

I appended this to yesterday’s post on Obama’s interview with Philadelphia Gay News, but since some may not have seen it, here’s the link to the full interview.

In other Obama/Biden news, the Human Rights Campaign announced yesterday that Biden would be the featured speaker at its National Dinner in Washington D.C. on October 4th.

Said Biden: “I’m honored to participate in this event. Discrimination has no place in this country and I am proud to stand with HRC in the fight to end it. Barack Obama and I will bring the change we need in Washington. The Bush Administration’s policies have been disastrous for the LGBT community and a McCain Administration would just mean four more years of the same.”