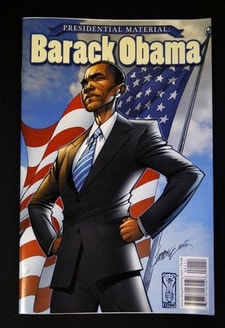 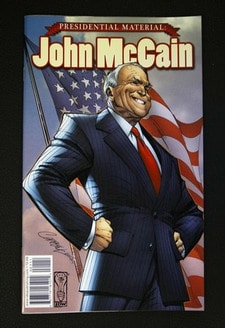 Publisher IDW tells the Guardian that they took the ‘superhero’ rather than ‘graphic novel’ approach to the stories:

“… it would have been easy to appeal to more adult readers with a couple of moody graphic novels tackling McCain’s incarceration and Obama’s young life as the son of a single mother; instead the comics feature the pair in superhero poses against Old Glory rippling in the wind. Whoever wins this four-colour slugfest wins the right to save the world.” 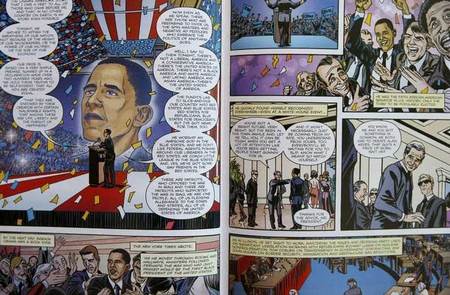