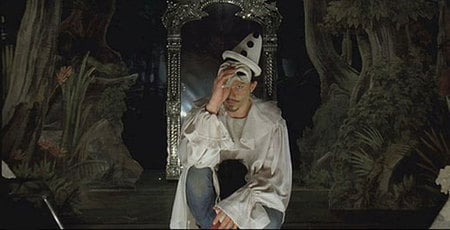 The first official photo of Heath Ledger from his final film, The Imaginarium of Doctor Parnassus directed by Terry Gilliam, has been released. Ledger, as you know, died while production was underway. Johnny Depp, Colin Farrell, and Jude Law subsequently came in to complete Ledger’s role. They donated their income from the making of the film to Ledger’s daughter Matilda.